Wichita, KS, U.S.A. — (METERING.COM) — January 26, 2012 – In a letter to California’s Public Utilities Commission the Board of the American Academy of Environmental Medicine has expressed its opposition to the installation of smart meters in homes and schools and called for an immediate moratorium on their use and deployment until further study on their radio frequency health risks can be performed.

The letter states that the literature raises serious concern regarding the levels of RF (3 kHz – 300 GHz) or extremely low frequency (ELF – 300 Hz) exposures produced by smart meters. The Board is of the view that the existing FCC guidelines for RF safety that have been used to justify installation of smart meters only look at thermal tissue damage and are obsolete, since many modern studies show metabolic and genomic damage from RF and ELF below the level of intensity which heats tissues.

“The current medical literature raises credible questions about genetic and cellular effects, hormonal effects, male fertility, blood/brain barrier damage and increased risk of certain types of cancers from RF or ELF levels similar to those emitted from smart meters,” the letter continues. “Children are placed at particular risk for altered brain development, and impaired learning and behavior. Further, ELF/RF adds synergistic effects to the damage observed from a range of toxic chemicals.”

In addition, the Board notes, “the US NIEHS National Toxicology Program in 1999 cited RF radiation as a potential carcinogen. Existing safety limits for pulsed RF were termed ‘not protective of public health’ by the Radiofrequency Interagency Working Group.”

Stating that it is “unacceptable from a public health standpoint to implement this technology until these serious medical concerns are resolved” and that “continuing with installation would be extremely irresponsible,” the Board also calls for the PUC’s proposed decision to include hearings on health impact in the second proceedings, along with cost evaluation and community wide opt”out. Further immediate relief should be provided to those requesting it and analog meters restored.

The AAEM is, according to its website, “an international association of physicians and other professionals interested in the clinical aspects of humans and their environment.” 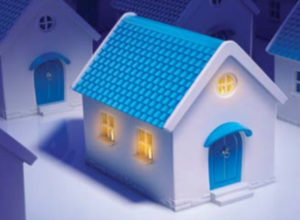