“Can federal electricity be used for businesses growing marijuana?” is the question North Olympic Peninsular public utilities have asked the Bonneville Power Administration.

“BPA hasn’t told us whether its power can be used for marijuana grow operations,” said Phil Lusk, Port Angeles deputy director of the city’s power and telecommunications system.

According to the BPA, the agency’s director is considering how to handle a discrepancy between state and federal law and would not say what decision is under consideration.

“We are exploring the issues related to supplying power and other services to customers serving marijuana grow operations,” said Mike Hansen, speaking from Portland, Ore.  “It’s too early to discuss potential policy implications.”

Since the non-profit BPA is a federal agency, “BPA and its employees cannot knowingly violate federal law,” Hansen said.  “The Controlled Substance Act of 1970 lists marijuana as a Schedule 1 controlled substance and the federal law remains unchanged.”

“We’re beginning to look at what the potential impacts may be.”

“When we sell power, we don’t ask the customer what they are going to use it for,” Public Utility District manager Jim Parker said.  “We aren’t into enforcing land use or drug regulations. We will sell you the power until we are told we cannot.”

According to Commissioner Wayne King at the Jefferson County PUD meeting: “We are in the power business, and we don’t do the enforcement. If Bonneville says we can’t do it, you’ll see us pass a resolution. But marijuana is here to stay.  You have to realize that this isn’t just a couple of old hippies in the 1960s growing pot. This is a big money deal.”

Washington voters in November 2012 approved I-502, which allows the recreational use of marijuana in the state.

In a June 4 letter to the Benton Rural Electric Association in Mill Creek, 20 miles from downtown Seattle, BPA counsel Mary Jensen said that federal power cannot be used for any illegal activity or purpose, but there is no simple answer given the contradictory regulations regarding the legality of marijuana.

“We are trying to reconcile the difference between a state law and a federal law as quickly as possible,” Hansen said.   “When we make a policy decision on this, we will let all our customers in the region know.”

Commissioner Barney Burke said that without BPA action, a grow operation would be treated like any other customer.

“We don’t look at people’s business plans,” he said.  “When they sign up for service, we check their credit.  If they don’t pay, we shut their power off.” 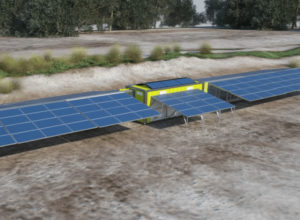