North American utilities are adopting different strategies to engage customers onto their smart metering and energy efficiency programmes, but they come with conditions.

Canadian Enwin Utilities is dangling the carrot of a free digital monitor to customers who sign up for their Peaksaver Plus, a time-of-use billing programme.

The $100 monitors, which will be subsidised by Ontario Power Authority, have already been installed in about 160,000 homes across Canada.

But the freebie comes with strings attached.

As part of the Peaksaver Plus, customers must also allow Enwin Utilities to install a programmable thermostat which gives the provincial power authority the ability to lower the homeowners’ air conditioning by one or two degrees if the grid is in danger of overload.

Lawrence Musyj, Enwin’s director of conservation and energy management, said this had occurred twice a year over the past two years.

The free program expires at the end of December, although it may be renewed beyond that date, he said.

Enwin expects to install at least 23,000 devices by the end of this year.

Meanwhile, US power company Florida Power & Light is getting tough with customers who have refused to install smart meters.

This month, FPL is contacting residents and businesses who have declined the smart meters to make a choice – switch to a smart meter or pay monthly surcharges.

FPL customers who decline a smart meter will be charged a one-time US$95 enrollment fee and a US$13 monthly surcharge beginning in June. The Florida Public Service Commission approved those charges.

Dave McDermitt, spokesman for FPL, said: “Less than 0.5 percent of our customers don’t want a smart meter for whatever reason.

“As a result of that, FPL incurs a number of costs to operate separate systems and processes to maintain the old meters.

“It would be unfair for us to require the 99.5 percent of our customers who have smart meters to pay for those who don’t.” 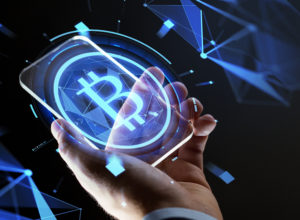