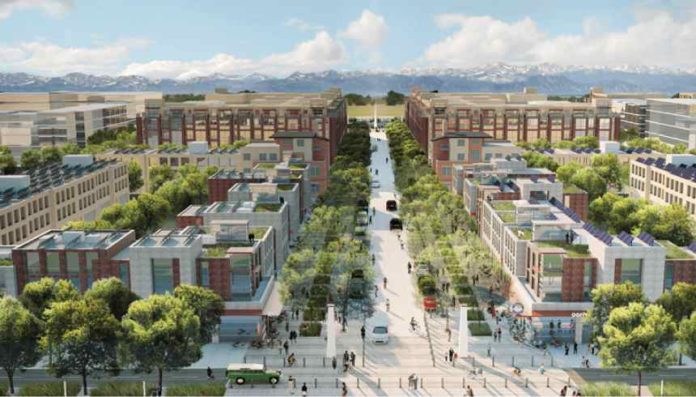 Electronics industry company Panasonic has moved its Enterprise Solutions Division headquarters to Peña Station and has recently begun installing LED streetlights in the city-to-be, which are 60-70% more energy efficient than standard streetlights.

Panasonic’s Internet of Things (IoT) lighting platform dims the lights when the street is empty or during a full moon. The company also plans to create an energy grid at Peña Station that uses solar power for the day and batteries at night.

Further to this, the electronics giant will begin to deploy environmental sensors that monitor air particles, cloud coverage, noise, temperature and humidity. In 2017, Panasonic will also deploy the first self-driving shuttle, which will provide access to Denver International Airport and travel at a top speed of 15mph.

US gov funding for smart cities

In October this year, the US government announced that it will be issuing $165 million for the development of smart city solutions which will form part of the White House’s Smart Cities Initiative.