In the United States, Duke Energy is facing a backlash against changes to its meter reading routes and billing cycles as customers complain of higher costs and “smoke and mirrors” tactics, local media report.

As a result of Duke Energy rationalising its meter reading routes to cut down on duplicated journeys, meters are now read on different dates with some customers receiving bills covering more than 30 days and with it higher costs.

One local media report said the billing cycle had been extended by up to 12 days.

JR Kelly, the Florida State public counsel who represents consumers before the Public Service Commission, said Duke is allowed under Florida state regulations to charge customers the extra money. But Kelly agreed with one customer, who said “it’s smoke and mirrors in the accounting room”, that Duke is profiting from the change in its meter reading system.

“The bottom line is they’re charging consumers for something that is not the consumers’ fault,” Kelly said.

Nicole LeBeau, a Duke spokeswoman, said the utility is simply following state rules. She said customers should contact customer service for assistance with their bills if they have trouble making the payments that the change created.

“We will work with every single impacted customer who may need to discuss payment arrangements,” LeBeau said.

Duke informed customers of the change in letters and phone calls over the past few weeks. 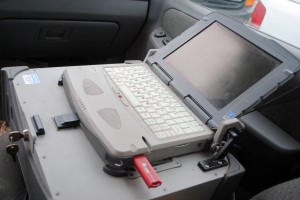 The energy company said that “our current meter-reading routes have remained the same for years, despite customer growth. This has resulted in some of our meter readers traveling the same areas each day, which is duplicative and inefficient. Revising the routes will eliminate the duplication and reduce the distance meter readers and other field employees need to travel each day.”

The change in the meter routes will affect 650,000 customers and conclude next month. More than half of those customers will receive shorter or normal bills, while 41 percent will receive the extended bill.

Duke informed state regulators of its plans, and the Public Service Commission said the process the utility is using is in line with its policies.