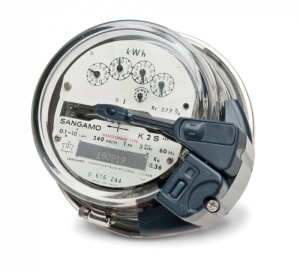 The state’s largest utility will fit about 80 PowerCost Monitors, made by Blue Line Innovations, which use an optical sensor to provide real-time data through the cloud to homeowners.

Gene Wang, chairman and CEO of People Power, which provides the cloud technology, said:  “The [PowerCost Monitor] slides over your regular meter, [and it] either reads that spinning disk or it reads the pulse, then transmits the information into our cloud and back to our Presence Pro Energy Application.”

People Power 1.0 receives live data feeds every 32 seconds from the PowerCost Monitor WiFi Gateway, which is available through retailers such as Lowes and Amazon.

Customers can then monitor Usage information in kilowatts and cost-per-hour on a smart phone, tablet and web-based applications.

The Presence app can also act as a home security system, the company claims.

Hawaiian Electric is now under new ownership following a buyout last week by Florida-based NextEra Energy in a deal worth US$4.3 billion.

NextEra Energy is driving the modernization of electrical grids within its own service territory and Mr Wang of People Power was quoted as saying he hopes to build on the trial of the PowerCost Monitor with the new owners and “would like to get that scaled up”.

In September this year, Hawaiian Electric completed the deployment of 5,200 smart meters as part of a pilot to five different areas.

If a smart grid plan proposed by HECO is approved by the Public Utilities Commission, the utility plans to incorporate smart grids across Oahu, in Maui County and on Hawaii Island by 2018.