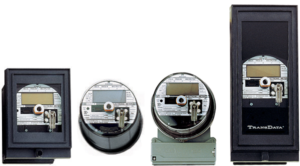 In the US, Texas-based meter manufacturer TransData announced last week that it had received a notification from the US Patent and Trademark Office stipulating that General Electric’s requests for re-examination of its smart electric meter patent portfolio had been denied.

The three TransData smart meter patents under review (US Patents 6,181,29; 6,462,713 and 6,903,699) have undergone a total of 10 patent re-examination tests at the US Patent Office with all of TransData technology claims remaining valid.

Trace Gleibs, president of TransData, said: “We are disappointed that General Electric and the other indemnifying meter manufacturers have refused to recognize the validity of our patents and accept liability for patent infringement despite the fact that all of the final determinations issued by Patent Office have been in TransData’s favour.

“We will continue to stand vigilant in protecting our intellectual property.”

TransData has filed patent infringement lawsuits against a number of US utilities including Oklahoma Gas & Electric, Oncor Electric Delivery, and Centerpoint Energy for the “making, using, offering to sell, selling, and/or importing certain digital electric meters equipped with an internal wireless communication circuit and antenna that infringe TransData’s Patents”, according to previous company statement.

Through a public filing, GE has confirmed that it would defend Oklahoma Gas & Electric, Oncor Electric Delivery, and Centerpoint Energy against TransData’s claims.

Mr Gleibs, president of TransData, said: “We also appreciate the fact that Telensa recognized the significant value our patents provide and voluntarily approached TransData to license our patents.”

TransData’s counsel, Jamie McDole of Haynes & Boone, LLP, added: “With so many large companies recklessly infringing upon TransData’s patent rights, I am pleased that Telensa took the less litigious route and affirmatively requested a license before utilizing TransData’s patented technology.”

NES partners with Power Africa on smart metering and renewables