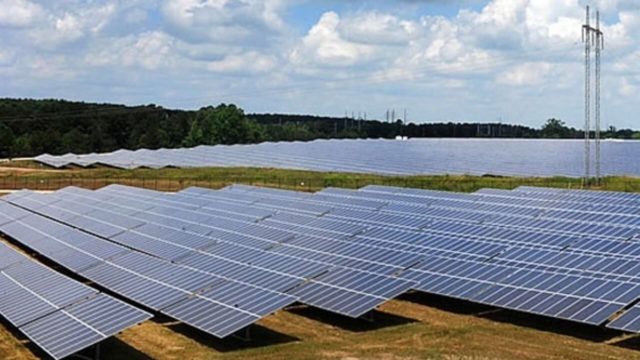 US power utility Georgia Power announced the operation of its new 30MW solar plant which will be used to level out periods of peak electricity demand.

The utility firm developed the $75 million solar generation facility in conjunction with the US Department of Navy.

The plant falls under efforts by Georgia Power to adapt to low carbon generation at the same time ensuring its grid system remains stable.

The company said it aims to improve its customer services by providing its consumers with cheap electricity generated from the renewable energy source.

In addition, Georgia Power said it developed the cost-effective plant in a bid to reduce its investments in power generation systems by not investing in expensive generation measures.

[quote] The new plant comprise of 133,000 solar modules covering 254 acres of land and will be operated by the utility firm.

The Kings Bay solar plant is the utility’s second solar facility to be developed under the utility’s partnerships with the departments of Navy and Army.

In collaboration with the US Army, Georgia Power recently completed a 30MW solar generation system at Fort Benning.

The utility is planning to ensure grid reliability in Georgia by adding 150MW of solar generation projects into the grid.

The projects to generate 150MW of solar energy include programmes currently underway with the departments of Army and Navy at Fort Gordon, Fort Stewart and the Marine Corps Logistics Base.

The solar energy generation programmes are in line with targets set by Georgia Power to develop 1,600MW of new renewable generation by 2021. [Georgia Power maintains flat base electricity rates through to 2019].

Norrie McKenzie, vice president of renewable development for Georgia Power, said: “Within a year, this site on the Georgia coast has been transformed into a state-of-the-art solar facility that will provide energy for our state for years to come.”

In late August, Georgia Power announced that it has improved its customer service with its investments in smart grid technologies.

This year alone, the company has leveraged its smart grid investments to avoid over 280,000 hours of potential outages.

The systems help the utility company to quickly detect grid failures, pin point its location and allocate crews for restoration of power.Apart from the two systems, the utility has installed more than 715 self-healing circuits to help the grid remotely restore power in case of outages.

Leslie Sibert, vice president of distribution for Georgia Power, said: “We understand that when the power is out, every minute counts for our customers.”