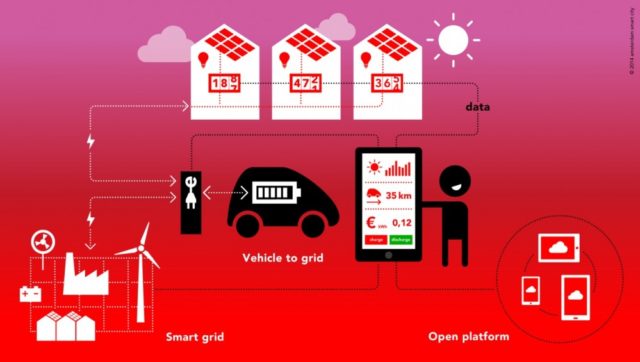 German utility company RWE has plans to invest in a US clean tech firm, KnGrid, which promotes the shift from fossil fuels to renewable energy beginning with EVs.

RWE New Ventures LLC, a subsidiary of RWE, seeks to strengthen its co-operation with KnGrid, in light of the abundance of clean energy development taking place in California and the increasing amount of electric vehicles on the road.

California has established highly ambitious goals, with half of its electric power generated from renewable sources, predominantly wind and solar.

In 2013, California’s Governor Jerry Brown signed an order to support 1.5 million zero emission vehicles by 2025. The Governor has advocated to use big electric loads from EVs to smooth the output from variable output from wind and solar power.

Peter Terium told the media during his visit to California: “I am really excited. Today our common effort to promote the energy turnaround in California and beyond starting with the electric car reaches a new level. KnGrid has the market position and the greenfield for automakers.

“RWE has a mature expertise in smart grids and eMobility technology. If we can combine the best of these two worlds we see Germany and California leading on parallel paths to build the energy system for the future.”

RWE is reported to have begun work on intelligence in the EV and charging stations in 2008. The utility created a global open interoperability standard called ISO 15118.

RWE and KnGrid are currently developing a cloud-based ‘brain’ (called a ‘Demand Clearinghouse’ or DCH) for utilities to use to send grid conditions and pricing signals to connected electric vehicles anywhere in California.

[quote] The cooperation between the two companies, supports automobile manufacturer’s plans to implement the global ISO 15118 communications standard for smart charging in North America. Manufacturers in Korea and Germany are also implementing the standard and preparing production rollouts.

Hans-Martin Hellebrand, manager at RWE New Ventures LLC based in Silicon Valley said: “With the ISO 15118 standard in place, things get really simple for the consumer. When they want to charge their car, no matter where they are, they just pull up, plug in and walk away. The vehicle knows what they need and tells a cloud-based settlement engine where to bill them. It’s seamless.”

Commenting on the prospect of further collaboration, Steve Davis, KnGrid’s CEO and Founder added: “Given the recent decisions by the California Public Utilities Commission to approve SDG&E’s pilot Vehicle Grid Integration Application, the time to move is now. RWE gives us best-of-breed technology and the resources needed to do big things here.”