In the US, utilities are being given the chance to contribute to a roadmap for grid and energy delivery reform prepared by a national coalition for electric system modernisation – GridWise Alliance.

The alliance launched a blueprint last week titled – Grid of the future transitional action plan – which comprises four prescriptive reports based on members’ points of view on the practical steps, best practices, regulatory changes and metrics to drive progress in grid modernisation.

Vision of the future grid

The action plan builds on a series of workshops hosted by the GridWise Alliance and the U.S. Department of Energy over the past nine months. The workshops focused on developing a vision of the role of the grid and grid operators in the year 2030. 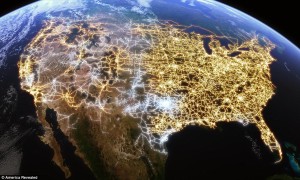 Bob Shapard, chairman of the GridWise Alliance board of directors, and chairman and CEO of Oncor Electric Delivery, said: “With the Transitional Action Plan, we look forward to helping to unlock the value of moving from our industrial-age electric grid into the information age.”