Home Regional News North America How smart are US utilities? One third have no smart plan, finds...
Facebook
Twitter
Linkedin 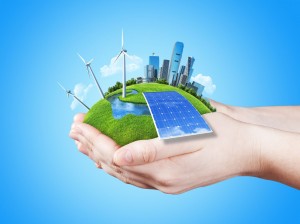 The high cost of implementing automation and data analytics technology is hindering the modernization of some utilities, finds a new report by US global consultancy Black & Veatch.

Mr Travers said: “We were surprised to find that more than a third of utilities report that they currently do not have plans to launch smart technology projects, primarily due to investment return pressures.”

The report also looks at how utilities are tackling smart cities (with an estimated 40% of organizations serving populations of 2 million or more having announced a smart city initiative) through to telecom infrastructure, where nearly 60% of utilities surveyed plan to replace, upgrade or deploy new communications infrastructure in the next five years.

Travers comments: “The connection between smarter utilities and smart cities is clear.

“Utilities learn more about their operations. With that knowledge comes a greater understanding that they cannot plan their future without coordinating utility and municipal services. This transition reflects a major change in traditional operating models. However, it is critical to creating smart cities.”