US-based technology organisation IEEE has selected two more municipalities to be part of its Smart Cities Initiative – Wuxi in eastern China and Trento in northern Italy.

Selected by the IEEE steering committee, the two regions join Guadalajara in Mexico with the goal of “establishing a group of diverse cities around the world to serve as examples for many other municipalities that have similar evolution objectives”, said Gilles Betis, chair of the IEEE Smart Cities Initiative.

The two cities were selected as they provided “compelling evidence that they were particularly well positioned to utilise the resources offered through the IEEE Smart Cities Initiative, and they demonstrated plans to invest their own human and financial capital into the project, indicating their commitment to improving the quality of life for their citizens,” said Mr Betis.

City planners from Wuxi and Trento will collaborate with a team of IEEE experts to explore the issues and address what is needed for their growing urban populations. In addition, their participation in the IEEE Smart Cities Initiative will comprise an inaugural workshop, whitepaper development, graduate student support (PhD and Masters), development of content for MOOCs (massive open online courses), and organisation of an international conference on smart cities. 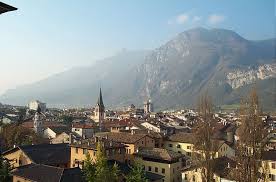 In May 2013, Trento was ranked 45 in a study compiled by three universities of European Smart Cities.

With a population of about 500,000 people, Trento has extensive broadband access allowing residents to see the open data provided by local authorities in a bid to give citizens the chance to shape the development of their city.

Another project is Le Albere district with smart housing, a glass fibre network to allow building automation and data transfer.

The city is also running smart city pilots under an agreement signed with Telefónica Digital and Telecom Italia in October 2012. 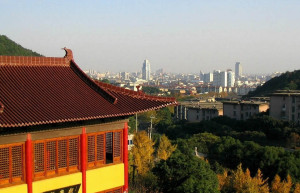 The largest issue Wuxi, near Shanghai, is attempting to solve is enabling sustainable growth for its city. Being able to tap into the ideas of IEEE experts in that process will help Wuxi achieve its aggressive urbanisation goals to reduce pollution levels and traffic congestion, provide adequate energy, housing and employment, and ensure its city residents enjoy their living environment, the organisation confirmed.