Machine-to-machine standards committees and vendors from across Europe and Asia have thrown their weight behind a new IoT specification – oneM2M.

At the European Telecommunications Standards Institute (ETSI) headquarters in France earlier this month, 29 organisations and companies tested their equipment against each another to demonstrate the interoperability of the oneM2M standard, reports M2Mnow.

The results were deemed a “resounding success”, according to the report.

OneM2M aims to “address the need for a common machine-to-machine service layer that can be readily embedded within various hardware and software, and relied upon to connect devices,” according to the oneM2M website.

Those in attendance at the event, which was co-hosted by the Telecommunications Technology Association of Korea, also gave feedback on how to improve the specifications.

“Our release two specifications, currently under development, provide an interworking framework across IoT protocols … this is the ‘missing link’ which will help accelerate IoT deployments.”

In other standardisation news, earlier this year, the International Telecommunications Union (ITU) set up a working group to establish requirements for IoT technologies in smart city deployments.

According to ITU’s website, the study group created for IoT and its applications, including smart cities and communities will work to address several urban development challenges.

Key to the study will be the standardisation of end-to-end architectures for IoT and mechanisms for the interoperability of IoT applications and datasets employed by various vertically oriented industry sectors. 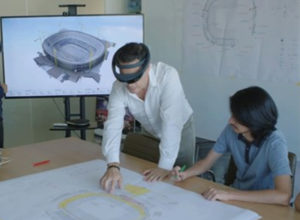 Digital twins for smart city planning to be innovated