Washington, DC, U.S.A. — (METERING.COM) — July 23, 2009 – Strong new national appliance standards for 26 common household and business products planned during President Obama’s current term could slash total U.S. electricity use by over 1,900 TWh cumulatively by 2030 while saving consumers and businesses over $123 billion, according to a new report from the American Council for an Energy-Efficient Economy (ACEEE) and the Appliance Standards Awareness Project (ASAP).

The new standards also could make a big contribution to U.S. efforts to cut carbon dioxide emissions, eliminating 158 million tons per year by 2030.

The report, “Ka-BOOM! The Power of Appliance Standards: Opportunities for New Federal Appliance and Equipment Standards,” takes the first word in its title from a quote by U.S. Energy Secretary Steven Chu describing the speed with which energy efficiency can be achieved: "Appliance standards, ka-BOOM, can be had right away." On February 5, after only two weeks in office, President Obama made appliance standards a national priority by issuing a presidential memorandum urging the DOE to meet and beat legal deadlines for new standards.

"The national energy savings at stake in these new standards are huge," noted Steven Nadel, executive director of the ACEEE. "It’s really encouraging that the president has made new standards a top priority."

The new standards will affect many common household and business products, ranging from furnaces to water heaters to air conditioners to fluorescent light bulbs. In many cases, standards first set in the 1980s or 1990s are due to be updated and can now be strengthened thanks to technological improvements. Cumulative savings from already existing standards total about $2,800 per household. Savings from new standards due in the next few years could save an additional $1,100 per household over the life of the affected products.

The effort to combat climate change will also get a considerable boost from standards. According to the report, existing standards will reduce global warming carbon dioxide emissions by about 6.5 percent by 2020 and 7.5 percent by 2030. New standards analyzed in the report would add 1.3 percent and 2.6 percent savings in 2020 and 2030, respectively. Combined, the total carbon dioxide savings from current and future standards are roughly equal to the output of 185 conventional coal-fired power plants in 2020, growing to nearly 250 coal plants by 2030.

About half the total energy savings would come from new standards for fluorescent lights, water heaters, home furnaces, furnace fans, and refrigerators. However, it is the combination of all twenty-six standards, including the large and small ones, that packs the biggest energy savings bang.

Individual consumers stand to benefit considerably from strengthened standards. For the 26 products reviewed in the report, the average payback is 3.1 years, with an average benefit-cost ratio of 4 to 1. That is, the lifetime savings of a product are, on average, four times greater than the upfront incremental costs for efficiency improvements.

The federal appliance standards program, in effect since 1987, sets minimum appliance, equipment, and lighting efficiency standards for products manufactured in or imported to the U.S. Savings from existing standards are projected to be about 273 billion kWh in 2010 or more than a 7 percent reduction in projected U.S. electricity consumption in that year. Even greater gains could have been achieved if the DOE had met the nearly two dozen legal deadlines for updated standards that lapsed between 1994 and 2004. 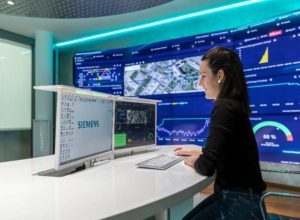