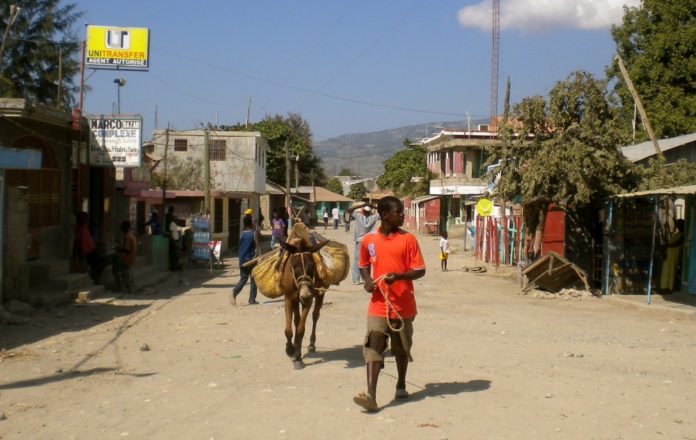 In a joint statement, the two companies said they are completing the installation of a town-sized solar powered smart grid in Haiti.

The project is part of Kiwi Energy and EarthSpark International’s two year partnership aiming to address energy shortages in the Caribbean country.

The solar powered smart grid comprising a 93KW solar PV array, 400KWh of battery capacity and a small diesel backup source will deliver clean electricity to some 430 homes and businesses in the downtown Los Angles area.

[quote] The solar powered smart grid system is serviced by a SparkMeter to allow consumers to pre-pay for electricity for efficient grid operations.

The SparkMeter microgrid metering system enables utilities to implement pre-payment as well as real-time monitoring and control on microgrids and central grids alike.

Construction of the plant is said to have lasted for 18 months.

The development adds to other initiatives being implemented in North America, not only to address energy shortages, but also to accelerate smart energy adoption for reduced carbon emissions.

In the last quarter of 2015, the US Solar Electric Power Association (SEPA) announced that it joined with the Association for Demand Response and Smart Grid (ADS) to operate as one organisation.

The move followed an agreement reached by the boards of both associations, that they could increase participation in the evolution of the electricity business by providing support to their members as a single organisation.

According to SEPA, the unification is part of its initiative to expand operations by shifting focus from utility integration, of only large scale and distributed solar, to a broader view including a suite of distributed energy resources.

SEPA said it is confident that the collaboration will expand its operations as distributed energy resources will cover technologies associated with solar, such as storage, advanced inverters, demand response and smart grid.

The two organisations also announced that they will re-brand their partnership with a new name reflecting the organisation’s expanded mission.