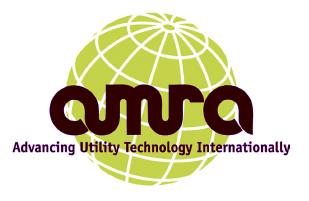 “Our board of directors and my manager told me that if we were going to implement AMR for just meter reading, we weren’t going to do it,” says Keith Fischer, operations manager at Parke County Rural Electric Membership Corp. in central Indiana.

Fischer’s comment sums up what many power company managers are finding when they put together an AMR business case these days. Labour savings may be the benefit that justifies the project on financial statements, but often it’s the AMR extras that sell the project to the people who say “yes” and “no”.

Like many utilities, Parke County REMC used labour savings as the crux of its business case. “The only dollar signs we added up were how much the system cost and how much we saved on meter-reading contractors,” Fischer says. But he’s quick to point out that his team chose a twoway, fixed network system from Hunt Technologies for added functionality and the savings it can bring.

The co-op serves 12,500 members in a spread-out, sixcounty territory and averages seven meters per power-line mile. That means read costs are high, and so is the cost of day-to-day fieldwork. “With this system, we can do routine service switch-overs,” Fischer says. “Before, we’d have to send someone out for a final billing read.”

In fact, the co-op had to send out service personnel when contract meter readers weren’t available, and that meant paying the higher hourly wages service people earn. With frequent move in/move out activity, Fischer expects to save money via remote, on-demand meter reads. Fischer intends to use the daily data for:

Engineering analysis. Transformer load profiles and phase identification will help Parke County right-size distribution system assets. Blink reports and the ability to query meters individually will also help managers spot trouble. “Blinks are caused by something going to ground – a tree limb or squirrel on the line can be the cause,” Fischer says. “So if a customer says the lights blinked, we can go to the next meter down the line, and then the next, and isolate the trouble area.” Without the query capabilities, Fischer and his team would need to start visually inspecting line at a substation and keep driving until the trouble spot showed up.

System inventory. As long as installers are touching every meter during the deployment process, Fischer is gathering an inventory of his system. He’ll know where meters reside, if service is underground or overhead, and whether the lines are the responsibility of the co-op or the customer. “This will help me out,” he says, “especially when customers call in with a problem.”

Proactive outage restoration. With a rural service area near three state parks, Parke County REMC serves a lot of weekenders who own remote cottages. Even when people are home during the week, they’re generally not home during the day because the area has many dual income households. “When both the husband and wife work, we’re more likely to see outages reported at 5 p.m.,” Fischer says. “Then we have to inconvenience the customer with an outage and pay overtime to the person who restores the power.” Fischer hopes the outage alerts in his new AMR system will help his co-op complete more restorations during regular working hours.

Remote disconnections. When customers move or present collection problems, Fischer plans to use Hunt’s remote disconnect switch to turn customers off and on from the office. The automation will save his utility time and money, and also protect service personnel from irate customers. With these and other benefits, Parke County REMC is already seeing savings from its deployment, which is about 75% complete. Fischer says the process went quicker than expected, and in response, he has accelerated his implementation schedule from three years to two.

This article originally appeared in AMRA News, a monthly publication of the non-profit membership association AMRA.

US DoE, NASA and Shell launch study to scale up liquid hydrogen storage