The uptake of Narrowband-IoT (NB-IoT) communications modules is largely concentrated in China and the lack of roaming agreements between network operators outside China is hindering the adoption of NB-IoT modules, according to research firm Berg Insight.

In China, the majority of NB-IoT deployments were made for smart water and gas meters. The utility sector is also driving deployments in Europe and North America.

However, leading telcos in Europe and North America have recently signed agreements to simplify the deployments of IoT devices across multiple countries and use cases.

Vodafone announced a roaming agreement with AT&T in late 2019 to enable cross-regional IoT deployments in the US and parts of Europe.

Deutsche Telekom signed its first NB-IoT roaming agreements in April 2020 with partners including Vodafone, Swisscom and Telia Company, which will be followed by a complete EU roaming footprint before the end of the year.

Fredrik Stalbrand, a senior analyst at Berg Insight, said: “With a growing number of roaming agreements in place, NB-IoT adoption is set to accelerate as the technology becomes integrated into major volume product categories ranging from sensors, trackers and consumer electronics.”

Webinar 4 Feb: IoT, AIoT and Industrial IoT, where is the future taking us? 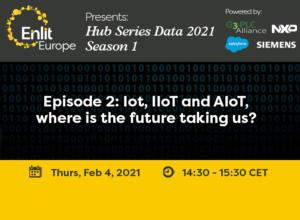