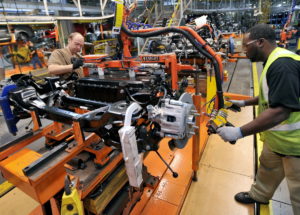 Power outages cost US businesses US$15,709 every 30 minutes according to data in a new report from smart grid solutions provider Tollgrade.

In the Detroit metropolitan area, the heartland of the US automobile industry, loss of power directly affects the country’s GDP, which has led to the creation of a grid modernization project between Detroit-based utility DTE Energy and Tollgrade under the umbrella of a Clinton Global Initiative.

In the first quarterly report on the project which kicked off in June 2014, Tollgrade gives results of deploying the company’s LightHouse smart grid sensors into the field.

One of the key findings was that the vast majority (86%) of grid events monitored by Tollgrade over the past six months were a new category called ‘line disturbance’, defined as short-lived fault events such as a tree touching the line that do not trip protection or typically raise alarms.

Line disturbance could also be caused by an asset on the grid that is about to fail, such as a voltage regulator or pole top transformer failing.

The report said: “Line disturbances and outages follow a similar pattern, where most events occur in the summer months then drop off dramatically in October, with a slight uptick in the winter during the months of November and December.

“A key finding of this report is that line disturbances should be closely monitored and adopted as a new category essential to preventing future outages.”

The study cites an example of a northeastern US utility that used LightHouse sensors to detect a line disturbance, in this case a failing voltage regulator, which prevented a power outage at 2,000 households.

‘Predictive Grid Quarterly Report‘ provides six months of sensor data from multiple utilities including DTE Energy, the first in a series of eight over the next two years.