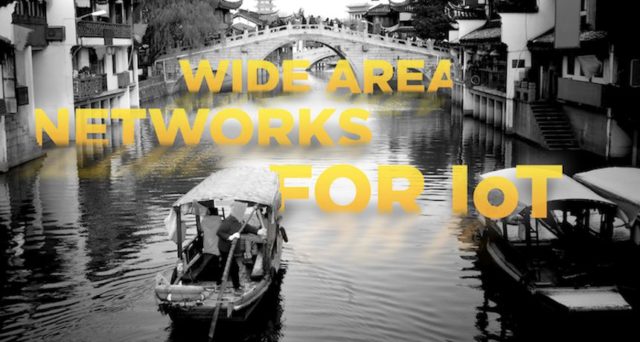 The LoRa Alliance, the global association of companies backing the open LoRaWAN standard for internet of things (IoT) low-power wide-area networks (LPWANs), released its latest technical specifications to kick off the organization’s 9th All Members Meeting (AMM) taking place in Suzhou, China and hosted by ZTE.

New features in the latest specification releases include roaming and separation of backend nodes, which will enable IoT devices to connect to and move between LPWANs around the world. This supports large-scale deployments and enables new global services such as cargo tracking. Such features are critical in the Alliance’s mission to standardise LPWANs globally and drive widespread adoption of the LoRaWAN protocol as the de facto standard for IoT connectivity.

“The importance of China in the global electronics supply chain is a key reason we are bringing the Alliance members together in Suzhou,” said Geoff Mulligan, chairman of the LoRa Alliance. “With today’s specifications extending the reach of the LoRaWAN protocol, now is an ideal time to engage with our colleagues in China to address their market-specific requirements. Only through the collaboration of all of our global ecosystem in a single standard can we advance members’ interests and drive the ongoing adoption of LoRaWAN technology.”

“We are excited to welcome the Alliance here to Suzhou and discuss these developments this week,” said Liu Jianye, VP of  ZTE. “The AMM offers a unique opportunity for local vendors to have in-depth, face-to-face engagement with the LoRa Alliance ecosystem. We believe the LoRaWAN protocol is the technology system that is suitable for low-cost IoT applications.”

“Here at the LoRa Alliance All Members Meeting, we can see how quickly the interest and commitment to the LoRaWAN protocol are growing in China,” said Bing Liu, CEO of ThingPark China. “The Ecosystem Lab and Marketplace we are launching at this AMM will help accelerate the growth of LoRaWAN specifications-based IoT in China by supporting the local ecosystem at every stage from developing and testing their products to distributing solutions to local customers and taking them to market worldwide, and we’d like to extend an invitation to any company in China that is interested in adopting, developing and marketing LoRaWAN products globally to join our ecosystem.”

The Alliance officially announced the availability of the following specifications today:

The enhancements delivered in these specifications offer important functionality improvements for users in terms of interoperability and network reach. Specifically, support for roaming will allow for large-scale deployments, since vendors will know that their LoRaWAN protocol-based products could potentially operate worldwide. At the same time, the new backend specification provides the protocols that interconnect servers with distinct roles––such as controlling the MAC layer, end-point authentication, or applications––behind the scenes in the core network. Separating these servers allows an open choice of vendors for each element of the value chain, empowering the ecosystem.

“For the IoT to reach its forecast potential, an ability to deploy devices on a massive scale is a key enabler,” said Mulligan. “The enhancements introduced today advance the LoRaWAN protocol, further opening up the ecosystem, enhancing interoperability and expanding the reach of existing LoRaWAN networks.”

In order to support heterogeneous deployments and not force a globally coordinated upgrade, both LoRaWAN 1.1 end-devices and networks will support backward compatibility to interoperate with their LoRaWAN 1.0.x legacy peers.