San Rafael, CA, U.S.A. — (METERING.COM) — January 6, 2010 – Citing the potential risks to the health, safety and welfare of residents Marin County in the north San Francisco Bay Area has placed a moratorium on the installation of smart electric meters by Pacific Gas & Electric Company.

In an ordinance passed unanimously by the Marin County Board of Supervisors earlier this week, the moratorium was put into place until December 31, 2011, unless repealed earlier.

In addition to the health risks from electromagnetic radiation, the ordinance also cites problems and deficiencies with smart meters in California, the disclosure of information about householders’ movements from the ebb and flow of gas and electricity into homes, and a potential adverse impact on the amateur radio communication network in California.

However, PG&E has vowed to continue to install the smart meters, with company spokesman Jeff Smith saying they will continue until hearing differently from the California Public Utilities Commission.

Late last year the California PUC rejected a request for an inquiry into the health effects of PG&E’s smart meters, saying that the normal radiation exposure during a transmission burst was less than 1/six thousandth of the safety limits set by the Federal Communication Commission (FCC).

Moratoriums on the smart meters have also been placed by the towns of Fairfax and Watsonville and Santa Cruz County, while California Assembly member Jared Huffman has introduced a bill with a smart meter opt-out option. 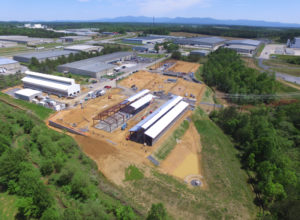