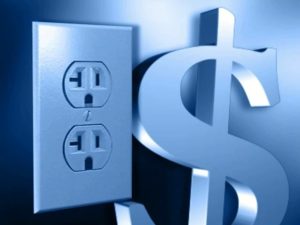 In the US, two large utilities in Michigan are warning the public that the state could face power shortages from 2016.

Consumers Energy and DTE Energy have kicked off a public awareness campaign with the release of a report called ‘Electric Reliability in Michigan: The Challenge Ahead’.

The study argues that the retirement of nine coal-fired power plans over the next two years, which serve 1 million people and produce 1.3 gigawatts of electricity, will threaten the power companies’ ability to supply a reliable electricity supply at peak times, reports Crain’s Detroit Business.

The report said: “The abundant supplies of the past few years – magnified by declining demand due to the economic slowdown of the Great Recession – are rapidly coming to a close as aging coal plants retire in the face of federal environmental (air pollution) regulations.”

However, the underlying message of the 24-page report is the two utilities’ resistance to deregulation.

Officials at Detroit-based DTE and Jackson-based Consumers Energy said it is nearly impossible to plan for future electric capacity – primarily through natural gas power plants and renewable energy sources such as wind and solar – when 10% of their customers can choose lower-price alternative energy suppliers as allowed under the 2008 energy law, Public Act 286.

The utilities reluctantly supported an energy choice law in 2008 even though they wanted a return to full regulation, according to the local media report.

In a statement, DTE officials said the Public Sector study shows the possibility of future energy shortages in Michigan and that legislators need to fix problems with regulatory rules.

“We need a fair, affordable and reliable solution so that it’s clear who we’re serving with these new power plants and our customers don’t pay more than their fair share of the costs to build these plants.”

Construction of new base load plants, which both DTE and Consumers say means new plants powered by natural gas, takes as long as six years to complete.

On the consumer side, a coalition of customers, businesses and alternative energy suppliers, said eliminating the 10% cap and allowing free choice of utilities or alternative suppliers would create competition that would force DTE and Consumers to reduce rates to keep their customers and market share.