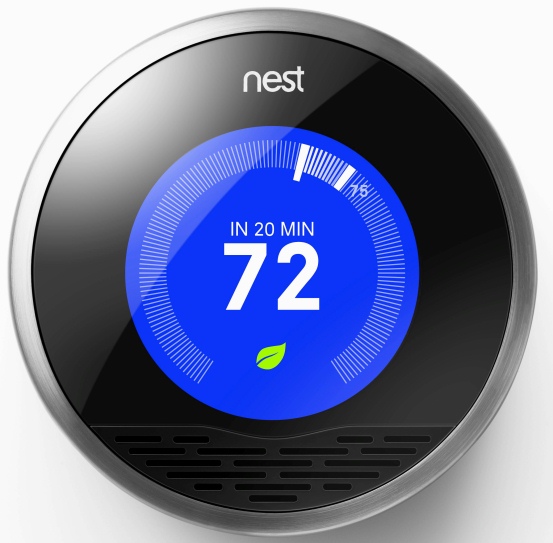 Smart home product innovator Nest is to be acquired by Google in a $3.2 billion deal, the companies announced yesterday afternoon – and a move which is likely to spur interest and growth in the smart home market.

Nest was founded in 2010 by two ex-Apple employees to “bring new life to previously ignored home products”. The company’s first product was its learning thermostat – that “learns” from its user’s behaviors – and its latest is a novel smoke and carbon monoxide alarm.

In a blog post on the deal, Nest founder and CEO Tony Fadell writes: “Google will help us realize our vision of the conscious home and allow us to change the world faster than we ever could if we continued to go it alone…

“Google has the business resources, global scale and platform reach to accelerate Nest growth across hardware, software and services for the home globally.”

Google, through its venture capital arm Google Ventures, has made several investments into Nest – but apart from its PowerMeter initiative, which ran from 2009 to 2011 – and which can be seen as a forerunner to the Green Button – has not been directly involved in smarter home activities.

A Google statement says simply: “Nest’s founders have built a tremendous team that we are excited to welcome into the Google family. We are excited to bring great experiences to more homes in more countries and fulfill their dreams!”

After the deal is closed, which is subject to the standard conditions and is expected will occur in the next few months, Nest will continue to operate under its current leadership and with its own distinct brand identity.

Promises Fadell in his blog post: “We will continue to reimagine and reinvent the unloved products that proliferate in our homes, just as we have since we started.”

This announcement follows others by mainstream companies looking for a share of the fast growing smart home market. Among these Samsung last week announced the Samsung Smart Home concept, while LG has launched the HomeChat service that allows users to “chat” with and manage home appliances via the messenger LINE.

A recent report on the smart home market from Berg Insight estimates that the North American market was worth $1.6 billion in 2012 and projects a compound annual growth rate of 42% to reach $9.4 billion in 2017. In Europe, which is approximately three years behind North America in terms of penetration and market maturity, the 2012 market is estimated at $0.52 billion and the CAGR is projected at 46% to reach $3.4 billion in 2017.