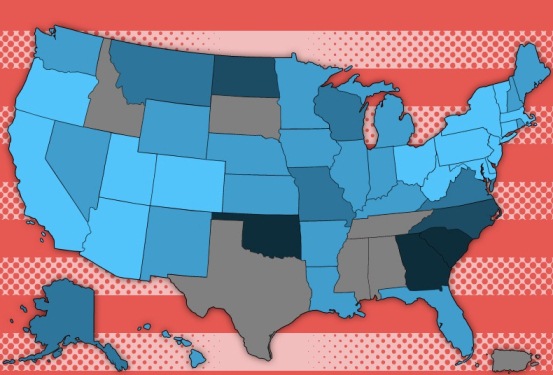 More than two-thirds of the states in the United States now have good net metering policies and half have good interconnection procedures, the latest annual Freeing the Grid study has found.

Moreover, a dozen states are in the vanguard of best practices, going beyond merely enabling customer-sited distributed generation (DG) by actively encouraging these clean energy systems.

The annual Freeing the Grid from the Vote Solar Initiative and the Interstate Renewable Energy Council, Inc., now in its seventh year, continues to provide important insight into the availability to consumers of solar and other small-scale renewables.

“Renewable resources are now at the scale and cost necessary to allow them to be a real and growing part of our energy landscape,” said Adam Browning, executive director of Vote Solar on the latest findings. “Families, schools and businesses are going solar in record numbers nationwide, even as incentives decrease.”

“This is an exciting transition as renewables edge closer to mainstream status. However, policy design on the frontiers of our fast-changing clean energy marketplace can be a challenge to get right,” added Jane Weissman, IREC president and CEO of IREC.

Despite the advances, six states still have no net metering policy and 15 states no interconnection procedure in place.

The report also notes that inconsistency in standards between states is hampering clean energy development. It also cautions against undervaluing net metered generation, stating that a flawed analysis that exaggerates general ratepayer costs associated with net-metered customers and understates the benefits provided by distributed generation systems can provide an inaccurate and inadequate basis to establish or change public policy. Regulators, utilities and other stakeholders should adopt a standardized set of ‘best practice’ methodologies to help ensure the accountability and verifiability of these benefit and cost estimates.