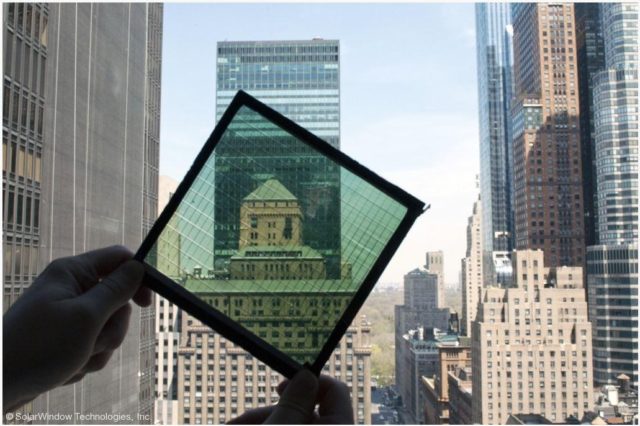 This week, smart energy technology company, SolarWindow, announced it has entered into phase 3 of its Cooperative Research and Development Agreement (CRADA) with the US Department of Energy’s National Renewable Energy Laboratory (NREL).

Commenting on the development, John A. Conklin, CEO of SolarWindow said: ‘With this CRADA extension in place, we’re one step closer to launching what is possibly the single greatest breakthrough technology in clean energy to help us overcome our dependence on fossil fuels.”

Phase 3 of the programme allows the two to continue R&D of a solar technology to enhance performance, scale and reliability at the same time obtain performance certifications for a commercial rollout.

Under the CRADA, SolarWindow and NREL developed SolarWindow transparent electricity-generating coatings, which can be used by skyscrapers for solar technology power generation.

The extension will also focus on the product’s large-scale window fabrication and interconnection development for easy ‘plug-n-play’ on site installation.

Dr. Maikel van Hest, a Senior Scientist in the Thin Film and Processing Group within the National Center for Photovoltaics at NREL, said: “The prospect of skyscrapers generating electricity from see-through window products is very exciting.”

Maikel added: “SolarWindow and NREL have advanced the technology by enhancing scale, efficiency and reliability.”

SolarWindow claims its technology can provide a one-year financial payback while producing 50-times greater energy than rooftop solar when modeled for a 50-story building.

The development comes at a time when 5 million tall towers and commercial buildings in the US are said to be consuming 40% of the total electricity generated.

Solar technology in the US

In mid February, US smart energy companies CleanSpark and Sungevity, announced that they will work together to enhance operations in the solar industry to drive microgrid adoption.

Under the collaboration, Sungevity will include CleanSpark’s cyber-secure energy monitoring and management software with its commercial solar offering beginning in Q2, 2016.

The collaboration follows successful implementation of its pilot in California in Q4, 2015.

Sungevity has been present in residential solar energy market since 2008 before commercial entry in Q1, 2015. To date, Sungevity serves consumers in 12 US states, the District of Columbia, the Netherlands, the UK and Germany.