These appliances will be capable of reacting intelligently to signals from the smart grid by modifying their energy consumption to save consumers money on their home electric bills. In markets where utilities offer variable or time-of-use pricing, these dryers could save a typical consumer $20 to $40 per year, while also benefitting the environment, according to a statement from Whirlpool.

“Peak electricity demand drives disproportionately higher energy costs,” said Mike Todman, president of Whirlpool Corporation North America. “If the differences between peak and off-peak energy costs are passed along to consumers, then Whirlpool Corporation believes there are great opportunities for home appliances to shift energy consumption outside of peak hours without forcing consumers to compromise on performance.”

Moreover, Whirlpool believes that the deployment of the million smart grid-compatible dryers could shift the equivalent energy of 10 coal fired, 500 MW power plants.

Whirlpool Corporation was the first appliance company to conduct a smart grid pilot, using 150 smart energy dryers in the Pacific Northwest, in 2006. Whirlpool created and holds key patents for this type of technology.

This announcement builds on Whirlpool Corporation’s commitment that by 2015 all of the company’s electronically controlled appliances it produces, everywhere in the world, will be capable of receiving and responding to signals from the smart grid. This commitment is dependent on two important public-private partnerships: the development by the end of 2010 of an open, global standard for transmitting signals to and receiving signals from a home appliance; and appropriate policies that reward consumers, manufacturers and utilities for using and adding these new peak demand reduction capabilities.

Net Zero Cheshire – towards net zero with a British county 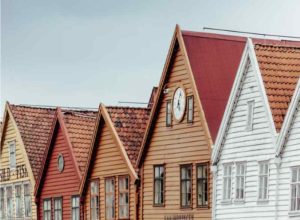