San Diego, CA, U.S.A. and Toronto, ON, Canada — (METERING.COM) — February 4, 2011 – In order to operationalize privacy in the smart grid, it must be an essential design feature that figures prominently in the architecture of the system being contemplated, according to Ontario Information and Privacy Commissioner Ann Cavoukian.

This concept of “Privacy by Design,” which was developed by Cavoukian during the 1990s and she has promoted over the past year for the smart grid, is now starting to be introduced in smart grid deployments. The case of Hydro One is the topic of the latest report from the Commissioner’s office, “Operationalizing Privacy by Design: The Ontario Smart Grid Case Study.”

The report is aimed at demonstrating how the principles of Privacy by Design may be operationalized as a foundational requirement in emerging smart grid systems, and takes as its starting point the seven best practice principles previously identified.

It clarifies three domains of the smart grid:
The grid domain, which relates to systems and processes to manage the power network and includes the advanced distribution system
The customer domain, which incorporates all the devices in the consumer’s home or business, including for example home area network and smart devices, and
The services domain, which includes data warehousing and customer service functions such as billing and demand management programs.

Analyses of these then provide the conceptual framework for understanding how personal information can be limited to the domains where it is relevant, thereby containing the potential privacy risks. Through engaging in such data minimization, and only retaining the data when needed, strong privacy practices will be implemented, while still achieving full system functionality, states the report.

“I have heard from some utilities that implementation of the smart grid is so large and complex that introducing privacy (early) in its development is far too complicated,” commented Cavoukian. “This paper illustrates that it is in fact simpler and less expensive to incorporate privacy, right from the outset!”

Other participants in the study included IBM, Telvent and GE. 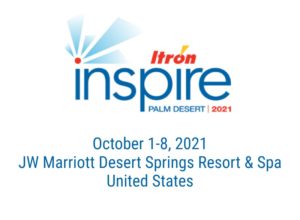