Washington, DC, U.S.A. — (METERING.COM) — December 10, 2008 – A substantial amount of policymaking related to demand response has happened recently or is presently underway in the United States, a new report reviewing policy actions on demand response and smart metering since 2005 has found.

At the federal level, Congress has stated its intention that demand response be incorporated into the nation’s electricity system from both a policy and business perspective. Congress has also taken several specific steps to make that happen and it has recognized that demand response and its enabling technologies are key ingredients to the development of a smart grid. However, Congress has not yet moved to use tax policy and mandates to stimulate the growth of demand response in a way similar to what it has done in the past for renewable energy and traditional energy efficiency. Nevertheless elsewhere at the federal level, federal regulators have used their jurisdiction over wholesale power and regional markets to directly require development and deployment of demand response.

At the state level, there is a great diversity of approaches and many levels of activity are under way. Some of that activity has been undertaken pursuant to Congressional direction, such as Section 1252 of the Energy Policy Act (EPACT) of 2005, but much has also been activity initiated on a state’s own initiative. Noteworthy also is the significant role of states in demand response, given that much demand response involves modification of retail rates and approval of utility infrastructure investments, each of which are subject to state jurisdiction.

The report was prepared by the U.S. Demand Response Coordinating Committee for the National Council on Electricity Policy. Its aim is to provide a summary for state officials of demand response, smart metering and smart grid policy actions since the introduction of the EPACT in 2005.

“This report will hopefully help state officials to become more aware of what others have done and are doing and possibly find models to consider as they move forward with their efforts," says Dan Delurey, executive director of the DRCC and one of its primary authors.

US utilities ready for a pandemic-stricken summer says NERC 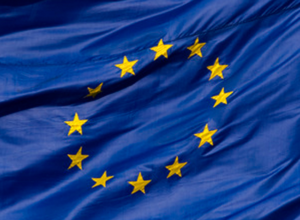