Governments are becoming more aggressive in efforts to reduce emissions with the expanded use of renewables, writes Jonathan Spencer Jones, content analyst at Engerati.

[quote] They would undoubtedly face considerable opposition if they were to impose legal requirements on current homeowners, but new builds are another matter and increasingly, environmental conditions are being imposed. For example, in California, 15% of the roof area of new buildings is required to be “solar ready”. Now new legislation in San Francisco and Santa Monica takes this a step further, requiring that the solar is installed. [The next wave of solar on rooftops] And more cities can be expected to follow suit – and not just for solar but also for water saving.

With Asian Utility Week 2016 taking place in two weeks, we review the digital transformation in the region in an exclusive interview with Sean Lim, MD of Accenture. It is clear that the trends taking place in the US and Europe are now making themselves felt in Asia and according to Lim, the region’s utilities are now in a position where they should make decisions and investments to build the foundational capabilities that are needed to address the new energy consumer. [Powering Asia’s energy sector with data and analytics] With the right smart analytic platform strategy, Asian utilities can look forward to improved customer-centric decision making and overall business effectiveness, Lim says.

It is now five years ago since a tsunami left Japan in tatters and the impact on the power sector has been profound both at the time and subsequently as the country has had to recover from a broken nuclear system. Part of the solution has been deregulation of the electricity market, both generation and retail. If this works out successfully, the change will modernize and innovate Japan’s energy sector and bring prices down. [Japan’s deregulation: When catastrophe leads to innovation in a stagnant energy market] The signs are looking good but there are several steps and conditions that must be met to assure success – unbundling must be completed, there must be fair access to transmission and distribution lines, and competition must be promoted in both the generation and retail sectors.

The integration of large amounts of renewable generation are presenting new challenges in controlling power flows and maintaining stability. At the transmission level new technologies such as FACTS (flexible alternating current transmission systems) devices – including static and static var compensators and series capacitors – and HVDC (high-voltage direct current) technology are helping to meet these challenges. Several such implementations are in place in Scandinavia where there are high renewable power flows within and between countries. [Transmission technologies to support the integration of renewable energy] 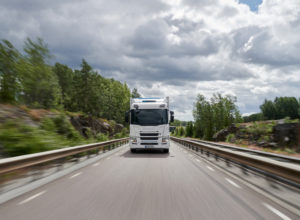