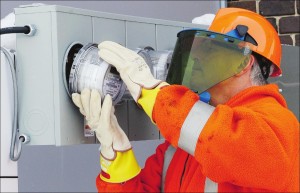 Investigators in Canada have pointed to “shortcomings” in the design of Sensus Generation 3.3 Meters as the cause of eight smart meter units catching fire following utility SaskPower’s widespread rollout across the province of Saskatchewan.

A review by the Crown Investments Corporation (CIC), the holding company that manages the Government of Saskatchewan’s assets including utilities, released on Monday found that “there is evidence that this particular model does not seal properly to keep out moisture and contaminants, both of which could affect meter function”.

The review counters public concern that the fires were caused by installation staff, that were insufficiently trained for the job. It states: “there is no evidence to suggest a problem with either the sockets or the competency of the installation crews.

“Conditions such as high electricity loads, which can lead to hot sockets, were not present at the time of the fires…. [ ] it is unlikely that hot sockets caused the fires.”

The review did point the finger at SaskPower for not “adequately consider[ing] the potential for significant meter failures resulting in damage to homes”, leading to the resignation of CEO Robert Watson earlier this week. 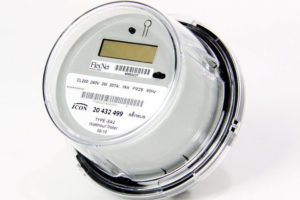 SaskPower has confirmed however that will it press on with its smart meter rollout and is working with US meter manufacturer Sensus to develop a new meter tailored to its needs, local media report.

As part of Sensus’ settlement agreement with SaskPower following the product recall in July 2014, the manufacturer will develop a meter to suit Saskatchewan’s conditions.

It is already working on a new, more waterproof generation of meters.

The report confirms that “at that time, SaskPower and the Government will determine if they are satisfied that a new generation meter is safe and reliable, and only then will resume the smart meter installation program”.

Bill Boyd, the minister responsible for SaskPower, said the utility is sticking with Sensus for the time being because the technology the meters use is “very, very good for a widespread province like ours”. Plus, Mr Boyd said he believes the problems associated with the smart meters “can be corrected”.

The meters will have to meet new requirements set out by Underwriters Laboratories, which weren’t in existence when SaskPower first began the smart meter program.

The new meters must be developed within three years. Robertson Stromberg, the legal consultant involved in the CIC review, suggested SaskPower consider product liability insurance – which senior litigation partner Gary Young said is uncommon for utilities – in the future.

The review also suggests that any future rollout adopts “a more measured approach”.

Meanwhile, interim CEO Mike Marsh, promoted from his position as vice president and chief operations officer, confirmed that the energy company had already replaced 33,000 meters and “were on track” to recall all 105,000 by the March 15, 2015 deadline set in the CIC review.

Mr Ritenburg gave assurances at a news conference on Monday that the meters should hold up over the winter: “We don’t think snow is going to be as difficult for things as just heavy, heavy rainfall.

“You’d need a lot of snow to be equivalent to four inches of rain.”

The CIC review was based on reports prepared by PricewaterhouseCoopers (PwC) and Ritenburg & Associates (Ritenburg) and CIC’s independent legal experts, Robertson Stromberg LLP.