The decline was particularly noticeable in North America, where a rollout peak was reached last year. The U.S. government’s stimulus money, which had been an important driver of projects, has nearly run out, and many utilities have either finished projects or are starting to wind them down. Even China, which has been deploying meters at a frantic pace, showed signs of a smart grid slowdown as foreign suppliers noted trouble in the region. Still, large volumes of devices are continuing to be deployed, albeit at a slower pace.

However, in a way, none of this is unexpected, the tracker notes. The fast pace of deployments was not expected to be sustained. The market is returning to a more normal clip, yet still poised for growth outside North America in regions like Europe, where smart meter mandates are set to take hold in the U.K. in particular, and elsewhere in Asia-Pacific where certain countries like Japan have a need for new meters.

The tracker points out that despite the slowdown, some noteworthy deployments were announced during Q1 2012. Tokyo Electric Power Company (TEPCO) said it would begin rolling out 17 million smart meters in Japan through 2019. In Spain Iberdrola announced deals with seven meter manufacturers that will supply 1 million smart meters as part of the utility’s initial rollout of devices through 2018.

In the Caribbean, Caribbean Utilities Company (CUC) selected Sensus as the equipment supplier for its network upgrade on Grand Cayman Island, with meter deployment expected to be completed by the end of next year. In the U.S., Michigan-based DTE Energy announced that it would deploy an additional 450,000 meters beyond the 800,000 or so it had previously planned by the end of 2013.

According to the tracker in North America Landis+Gyr remained the leader among vendors with the largest cumulative share of planned meters in the first quarter of 2012 with 26 percent – reflecting in part its deal with Hydro-Quebec. Itron was the next closest manufacturer at 22 percent, as it continued to benefit from ongoing deployments at CenterPoint Energy and BC Hydro. Rounding out the top four were GE Energy (16%) and Sensus (15%). 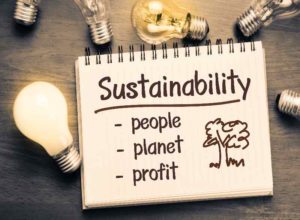