Geographically, the slowdown of shipments to North America has been offset by a surge in shipments to utilities in Asia-Pacific and the steady growth of pilot and deployment activity in Europe, Middle East and Africa (EMEA).

The global expansion of smart metering, however, masks the local implementation details of smart metering technology. Recent quarters have established a clear demand for a wide range of "smart" metering communications capabilities. At one end of the spectrum, hardwired smart-to-the-concentrator RS485 solutions are becoming increasingly common in China, Central and Eastern Europe, and parts of the developing world; on the other end, utilities in North America, Australia, and several other developed markets are beginning to explore broadband, cellular, and next-generation wireless technologies.

“Communications is a critical component that distinguishes a ‘smart’ meter’s capabilities,” noted Dean Chuang, senior research analyst on the IDC Energy Insights Trackers team. “Beneath the broad regional applications of ANSI, ETSI, IEC and/or IEEE standards, utilities are implementing different communication networks according to the specific demands of the local market and their smart grid aspirations.

“Meter vendors are also developing and refining market specific solutions, ranging from variations on the powerline carrier (PLC) focused products of Echelon, to broad portfolios of wireline and wireless technologies offered by Landis+Gyr, Itron, and Elster. Similarly, vendors like Sensus, EDMI, Holley, ADD, and others, are entering the global market through partnership and re-seller agreements.” 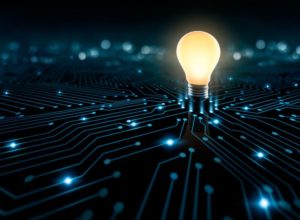