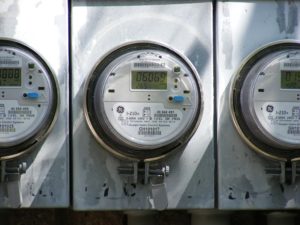 In the US, major utility Commonwealth Edison (ComEd) has secured extra time and investment from legislature this week to further develop its smart grid program, despite not divulging results of smart meter trials, reports the Chicago Tribune.

The new legislation intends to give ComEd a further two years from the date that the utility was required to check in on the program’s progress.

The newspaper said that although ComEd has supplied some information on overall grid upgrades, the energy company will only release information about how smart meters are meeting performance metrics in 2015 after it has a full year of smart meter data.

The two-year extension guarantees that ComEd can increase rates according to a formula — which gives the utility faster and more frequent returns for investing in a smart grid — until 2019. The legislation is an amendment to House Bill 3975.

Despite not making public results of ComEd smart meter trials, the energy company said it believes the program is “producing tangible positive results”.

The reason ComEd won’t report on the progress of those promises until 2015 is because it battled with regulators over how it should be paid for the program, said the Chicago Tribune.

The annual metrics are subject to approval by the Illinois Commerce Commission and include a requirement that ComEd eliminate estimated billing by 90%, eliminate consumption by inactive meters by 90%, eliminate energy theft by 50% and reduce bad debt and unpaid bills by US$30 million.

ComEd said it believes the program is working as intended.

“From a ComEd perspective, we are seeing the benefits,” said Tom O’Neill, senior vice president of regulatory and energy policy and general counsel. “There was some delay in getting going, but we as a company have worked hard to move ahead and we did accelerate smart meter deployment.”

ComEd has spent about US$784 million of 10-year $2.6 billion ComEd program, according to a filing with regulators.

Blockchain for disadvantaged communities in the Americas

Five key strategies and solutions to speed up global decarbonisation