Energy supplier AGL has boosted the case for smart meters in Australia with research showing that adopting time-of-use tariffs would lead to economic gains of about AUS$1.6 billion (or USD$1.5 billion), The Australian newspaper reports.

The AGL study aims to show the government that the "case for reform tariff" is clear, according to the energy company's chief economist Paul Simshauser. The Australian utility industry struggles with fixed charges and a flat variable charge that does not account for the much higher cost of delivering power during peak periods.

AGL data, based on 2.8 billion readings from 160,000 smart meters in Victoria, the only state so far to have rolled out the devices, found that almost two thirds of households were better off after a shift to flexible tariff pricing, with the worst ­affected households being wealthier families using more power during peak times.

Simshauser said: “The most surprising result from our analysis of winners and losers are that households classified as ‘in hardship’ are overwhelmingly better off after tariff reform,” he said, noting that working couples and pensioners also did well out of flexible pricing.

“It would make better policy sense to shift people to the new system and give them the option of opting out,” Simshauser said, pointing to US data that suggested a fifth of households choose flexible pricing if given the choice.

Smart meters not a threat

The study also aimed to reassure energy companies that they wouldn't lose revenue with the adoption of flexible tariffs.

“Industry shouldn’t fear the rollout of smart meters in terms of profitability,” he said, noting the overall fall in consumption was only 1-2 per cent and energy ­regulators would still permit ­certain rates of return.

EDF recognised for a leading role against climate change in Europe 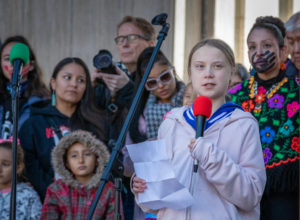