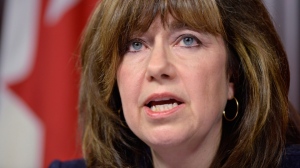 In Canada, a report into smart meters in Ontario has slammed every aspect of the program as well as the stakeholders involved including utility Hydro One.

The auditor-general of Ontario’s legislature said the CAD2 billion (US$1.7 billion) smart meter program for hydro utilities had delivered “few benefits for the hefty cost”, reports the Toronto Star.

Bonnie Lysyk delivered the findings this week as part of the annual report of the independent office that conducts value-for-money and financial audits of the provincial government, its ministries and agencies.

Ms Lysyk said the rollout of 4.8 million smart meters was budgeted at CAD1 billion (US$870 million), based on an estimation in 2005, but the total was double that amount.

Cost-savings from smart meter technology were overestimated, according to the report.

Ontario’s energy ministry said the benefit would be CAD600 million (US$523 million) over 15 years but this figure didn’t include an inflationary increase of CAD50 million (US$43 million).

That reduces the net benefit of the huge project to CAD88 million (US$76 million) over 15 years, said the Toronto Star report.

Hydro One was singled for criticism as it had absorbed 50% of the budget but only deployed 25% of the meters.

In a damning attack on energy bureaucrats, Lysyk said that neither the energy ministry nor the Ontario Energy Board did a cost-benefit analysis of smart meters before beginning the program.

Lysyk wrote in her report: “Given the large scale of smart metering and the high risk associated with new technology, its implementation should have warranted strong governance and oversight.”

The initial cost-benefit estimate was performed only after the energy board had approved its implementation plan, according to the auditor-general.

And when it comes to utilities making savings from smart meters, Lysyk said that only 5% of utilities had reported positive figures. The others said their costs were the same, or higher.

Lysyk went on to say smart meters have had only “a modest impact on reducing peak demand” among householders and “no impact at all on energy conservation.”

She cites that the difference between peak and off-peak rates hasn’t been large enough to encourage consumers to change behaviour patterns.

Lysyk also highlighted how the introduction of a fee called the ‘global adjustment’, a levvy to cover the cost of power generation, accounted for 70% of the energy charge on hydro bills.

When it comes to the provincial data office – Independent Electricity System Operator (IESO) set up at the cost of CAD249 million (US$217 million) to manage the flow of information from smart meters, the report said the centre duplicates what utilities are already doing.

And one in six of the 4.8 million meters have not yet transmitted any readings, Lysyk found.

At a news conference earlier this week, Mr Chiarelli said: “Electricity is very complex, is very difficult to understand.

“Some of our senior managers, in discussing these issues with some of the representatives from the auditor general’s office, had the feeling they didn’t understand some of the elements of it.”