Meters traditionally have been the central focus of the distribution side of the electricity business, but with the advent of smart metering they are now set to become a focal point for the entire grid.

And visionary initiatives to move towards these socalled ‘smart grids’ are gathering pace on the two sides of the Atlantic – in the US through the GridWise and IntelliGrid initiatives, and in Europe under the SmartGrids European technology platform, all with the aim of evolving the electricity delivery system of the future.

Over more than 100 years electricity networks have developed – and have operated very successfully – largely independently from one another, with their fundamental architectures based on meeting the needs of large centralized, predominantly carbon-based generation technologies. However with the increasing demand for electricity, as well as factors such as the drive for lower carbon generation technologies and the rise of small distributed generation sources, and made possible by the recent rapid advances in technology, a rethink on their design and control is demanded.

GridWise, an initiative of the US department of energy (DOE) in partnership with industry through the GridWise Alliance, was established in 2003 to “develop a national vision of the future electric system, covering the entire value chain: generation, transmission, distribution, storage, and end-use … (with a) focus on electric delivery – ‘the grid’ – as well as the regulatory framework that governs system planning and market operations.”

DOE’s subsequent Grid 2030 vision and the ‘National electric delivery technologies roadmap’ (released January 2004) identifies the future grid as a fully automated power delivery network that is able to monitor and control electricity flows to every customer and node, ensuring two-way flow of electricity and real-time information between the power plant and appliance, and every point in between. Its three major elements are the national electricity backbone for enabling intercontinental transfers of bulk power, regional interconnections for enabling regional power grids to operate, and local distribution for enabling retail customers to play an active role in the regional and national wholesale markets.

While the exact architecture of the grid is yet to be designed – a number of alternative concepts are already being developed and tested – the key difference from the current grid is the incorporation of new and advanced technologies. Such ‘critical’ technologies that should be developed and their acceptance accelerated, according to the roadmap, include advanced conductors, high temperature superconducting materials and small-scale electric storage devices, as well as technologies for distributed intelligence, sensors, smart systems, controls, and distributed energy resources – in short many of those that today would come under the heading of ‘smart metering’.

A strengthening of electricity market operations is also required, as is the development of public-private partnerships to support these activities. “We have made significant progress and there has been growing interest in both government and industry,” says Steve Hauser, executive director of the GridWise Alliance. Among the activities to date are the selection of various DOE-funded projects aimed at developing technologies and concepts as well as the business case for the GridWise vision, while also policy initiatives are being developed to support issues such as smart metering and smart grids.

A GridWise Architectural Council has also been established, comprising a ‘council’ of industry experts to create a framework for interoperability – a key to the creation of a smart grid. At the same time external factors have also added momentum, Hauser says, the most significant being the rapidly growing interest in smart metering and time-based rates. “Just a few years ago one would have been branded a heretic not to build new transmission lines and generation plants to accommodate increasing demand but recently it has become more acceptable to question this business-as-usual approach and to look, as an alternative, at leveraging load management through smart metering.”

Hauser attributes this in part to the enactment of the Energy Policy Act of 2005 (EPAct 2005), with its “surprising level of detail” on advanced metering, but also to “a small number of articulate utility CEOs” who have led the way with advanced metering deployments. And the result, he comments, “although we are still far from a major changes, the technology is higher on the radar than even a few months ago.” Hauser describes the GridWise initiative as very challenging, but gaining widespread support.

“The grid is an extremely complex operation, which has evolved over a long time. We are looking at transforming and re-engineering of this existing grid, not wholesale replacement. And when one introduces new technologies, they also impact other aspects of the system, and this in turn stimulates further new ideas. “For example the smart meter has led to the development of new rate design and to improving other functions such as outage management.

Now instead of the metering system being of interest to just the metering department it is of interest to everyone in the utility, and so there is a growing need also to re-engineer the utility’s internal processes and systems. “I believe some of the best ideas have yet to emerge, and will do so soon if we do it right.” Looking forward Hauser says that there are many challenges, not least of which is to “articulate” the concept in a way that can be widely understood by the diversity of participants in the electricity industry – and in a way that “doesn’t force these participants to take sides.” “We need some level of consensus and we need to work together to achieve this,” he says, adding that in the coming months there will be wider communication of the GridWise Alliance activities. 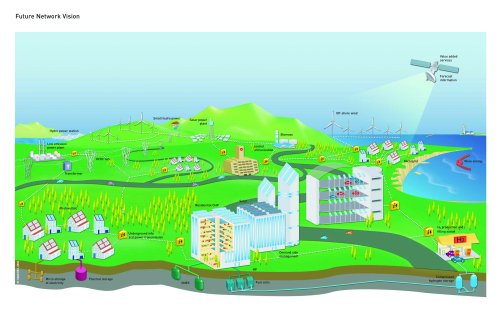 Another challenge is to secure sufficient funding to support more and larger demonstration activities towards the future grid. In addition there is a need to “educate” state regulators on smart metering and smart grid issues as not all are aware or have the resources to pursue these. “Thus,” says Hauser, “we are continuing to work with national leaders and policy makers to make sure they understand the importance of these issues to the economy and to national security.”

The newest of the initiatives – it was set up in 2005 under the aegis of the European Commission (EC) – the European SmartGrids platform is aimed at creating a joint vision for Europe’s electricity networks of 2020 and beyond, to meet the growing electricity demand in the region and to enable a trans-European electricity market, as well as to integrate more sustainable generation resources than hitherto. “The vision is to renew Europe’s electricity networks,” says Maher Chebbo, utilities industry vice president for Europe, Middle East and Africa with SAP AG and a member of the European Commission’s SmartGrids Advisory Council as well as chairman of the Council’s demand and metering

The initiative’s ‘Vision and strategy’ document (released in April) identifies the four key elements of the future smart grid as flexibility in fulfilling customers’ needs, accessibility to all users – particularly for renewable and other zero or low carbon emission generation – reliability in quality and security of supply, and best economic value – all underlain by the latest technologies, including network and power electronic technologies, simulation tools and communications and business systems.

‘Interactivity’ is another key aspect, with everyone to have access to the provision of services such as demand management by 2020, enabled by smart metering, electronic control technologies, modern communications means and the increased awareness of customers. “In this context, metering services will represent the gateway for access to the grid of the future and will have a critical consequence on power demand evolution,” states the document.

The development of the European smart grid is proposed through research and development activities and Chebbo says that a ‘road map’, based on the ‘Vision and strategy’ document and subsequent feedback from the EC’s general assembly, is currently being prepared for release by the end of 2006. A call for proposals for research projects – initially at least two in the Euros 50-80 million range in each of the areas of the project working groups, i.e. network assets, network operations, demand and metering, and generation and storage – is also being prepared by the Commission for release at the same time, he says.

The broad areas that are to be addressed to achieve the SmartGrid vision include the creation of a toolbox of proven technical solutions that can be deployed rapidly and cost-effectively, along with the development of information, computing and telecommunication systems that will enable businesses to improve their efficiency and enhance customer services. Shared technical standards and protocols will be required to ensure open access, and regulatory and commercial frameworks in Europe must be harmonised to facilitate cross-border trading of power and grid services.

And critically, there must be successful interfacing of the new and old designs of grid equipment to ensure interoperability of automation and control arrangements. Areas of focus of the demand and metering work group include open platform services and interfacing technologies; large scale (30 million) implementation of smart meters; value-added services; energy capital management; market integration and trading; customer profiling; benchmarking; and social impacts.

“With up to eighty percent of projects failing due to lack of change management and clear migration scenarios, the transition from the current grid to future intelligent grid will be a major challenge,” says Chebbo. But the rewards are great. “Consumers are becoming increasingly interested in the electricity market and smart grids will mean smart consumers.” 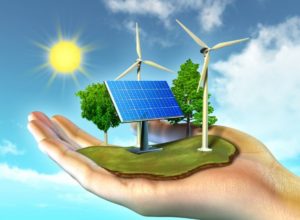