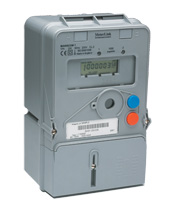 Sacramento, CA, U.S.A. — (METERING.COM) — September 5, 2006 – Consulting group Global Smart Energy says that spending on smart meter hardware totaled $800 million in the US in 2005, and this figure is expected to grow by 20 percent a year for the next decade as utilities move from electromechanical meters to their more sophisticated counterparts.

And one company planning to take advantage of this trend is USCL Corp. of Sacramento. Chinese meter manufacturer Hunan Werko Meter Group has invested $4 million ($3 million in cash and $1 million in R&D expertise) in USCL, in exchange for a 40 percent stake in the company. Next month 350 of USCL’s meters will be trialed in Los Angeles County, as part of a pilot program sponsored by the County and Southern California Edison.

If the trial is successful USCL hopes to be one of the providers of smart meters in the state – Southern California Edison alone is planning to install 5 million smart meters over the next few years. A significant order will see Wasion manufacturing the meters.

The USCL meters use wireless technology, and feature a display which shows how much energy is costing in real time. They can also be programmed to alert consumers when their energy bills are close to reaching a budgeted amount. According to Tom Tamarkin, the company’s president and chief executive: “It’s like getting an updated electric bill every five seconds.”