The project is intended to achieve an uninterrupted power supply, independent of commercial utility power, for critical mission and support functions on military bases. It will also help to reduce energy consumption and greenhouse gas emissions.

The first year of the 18-month project, administered through the U.S. Army Engineer Research and Development Center’s Construction Engineering Research Laboratory (CERL), will focus on research and development activities at Georgia Tech University, the University of Wisconsin and Eaton’s Innovation Centers in Pittsburgh and Milwaukee. The participants will also demonstrate how the new system can operate independent of a civilian grid while balancing the use of solar, wind and natural gas backup power, and storing energy for future needs. The final six months of the project will focus on research and development activities and a demonstration project at Fort Sill, Oklahoma.

“Eaton is proud of our selection as the only commercial partner for this effort to help the army increase its energy efficiency and lower its carbon footprint,” said Jerry R. Whitaker, president of Eaton’s Electrical Sector, Americas Region. “We are well positioned to assist major government and institutional customers with similar initiatives.”

The CERL project will apply to civilian and other government applications and is part of the U.S. Army’s Net-Zero Energy initiative that promotes the construction and modification of buildings or installations that create as much energy as they consume.

According to the 2009 Defense Department Appropriations Act, U.S. military installations consumed 3.8 billion kWh of electricity in 2008 and spent $4.1 billion on energy and fuel.

Due to the large energy demands that it faces every year, the Army has been developing energy strategies for installations that better reduce costs and increase reliability. The microgrid that Eaton is creating will extend the smart grid concept to include important additional functionality such as integration of renewable resources, optimization of fuel mix, energy storage and system operation to minimize cost, carbon footprint and system architecture and control to maximize system reliability and uptime. 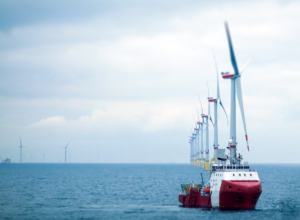