At Sunrise Water Authority (SWA) we only do one thing, and that is to provide a safe, dependable water service at an affordable price. We plan to continue along this path – and there are three drivers we look at when considering how we will operate five to ten years from now. They are advancing technology, water supply and a customer base that expects excellent, prompt service.

With growth as a major factor in how we operate, Sunrise is determined to focus on leading technology – just as the gas and electricity industries have been doing for years. We have seen a familiar trend in the water industry, in particular as regards automated meter reading (AMR). The advances in AMR have been slow, and by the time a project has been implemented it is already out of date and the next latest/greatest system is available. Sunrise Water has been following this trend; doing so has been a costly process which involves numerous man hours on investigation and research.

One of the aspects we researched was what we needed from an AMR system to meet our future growth. We came up with the following:

After looking at the various AMR options available, SWA made the decision to implement a fixed area network system. The deployment of this equipment started over four years ago with two pilot areas – one in a rural area of the district; and the other in a newer sub-division.

The first phase took over a year and a half to implement, but once the ‘bugs’ were ironed out the system has proven to be an effective and efficient tool for both Sunrise and our customers. The deployment allows SWA to read meters on a daily basis (up to four times if necessary) which gives the billing department accurate and timely (20th of every month) data. If there is a large increase in usage, SWA is able to contact the customer within 24 hours to inform him of a possible leak, rather than waiting up to a month as is the case during the normal meter reader’s cycle.

The availability of data has assisted customer service representatives when a customer questions the consumption being billed. There is also a saving based on the efficiency of the field staff’s time. With our growth the employees’ time can be used more for routine system maintenance, meter installations and miscellaneous service calls, which allows us to keep our existing workforce busy and delays the need to hire additional staff in the future.

However, this project has not progressed as fast as anticipated. As with any new technology, we have been faced with several obstacles along the way. Despite this, and bearing in mind  that our main objective is, we keep focused on making the technology work.

One of the obstacles we faced was to identify a power source for each of the relay points, and Sunrise looked at several options. The best scenario was to attach the equipment to existing light poles, but after further research we decided that the cost for using the poles was too high. Another option that we looked at was running power to poles installed by SWA. Again the cost outweighed the benefits.

The next power source we tested was solar power, with the devices being mounted on stop signs. After running the system for a few weeks, however, the City of Happy Valley had concerns about the weight of the device and the panel. Another disadvantage was that stop signs do have a tenancy to get knocked over now and again! So, back to the poles we went. Sunrise worked with the City to place poles (identical to the colour of existing light poles) in public rights of way. 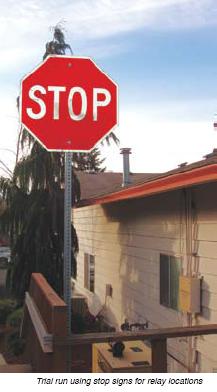 This AMR system is RF-based. Readings are sent from the meters (which are all pit meters) to a relay which is placed strategically within sub-divisions. Depending on the line of site, one relay can read between 10 and 25 meters. Once the readings are transmitted to the relay, the relay sends the data to a gateway. The gateways are situated at two locations – one on top of our office building and the other at a reservoir site which is at a higher elevation than any of the relay locations.

Conservation plays a significant role in how SWA will provide service in the future. Implementing a conservation plan is a component of our strategic plan, and is also a requirement when applying for water rights. The plan reflects SWA’s stewardship in managing limited resources and is a tool for use in discussions with environmental groups.

The main components of SWA’s conservation plan involve education (through school programmes and information provided to our customers); tiered rates; Xeriscape¹ information for new builders; and – last but not least – time-of-use billing.

Only through a fixed area network meter reading system can data be gathered to bill customers based on consumption used during specific hours of the day. Some people may ask why we would want to go to the trouble of establishing this complex a billing process. The answer is that Sunrise, in common with any other water utility, sees water usage during the summer months going through a series of high and low daily peak demands. The challenge for SWA is keeping supply available for the peak demands.

With the ability to receive data in various timeframes – set intervals, monthly, daily, etc. – Sunrise is planning to switch from bi-monthly billing to monthly billing. This change will allow our customers to have a ‘normal’ billing cycle that compares to the other utility bills they receive. Over the years our customers have often asked for monthly billing, but because of the limitations of retrieving meter data it was not feasible to attempt monthly billing unless we estimated consumption – an alternative that has its own problems. 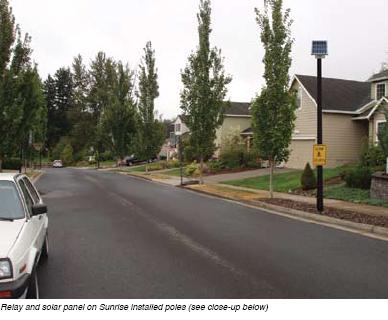 The approach that SWA is taking to time-of-use billing falls under the long-term conservation programme project. There are significant advantages and flexibility now that we have the ability to retrieve data from the two-way fixed network system. The next step was to look at the options available to provide water during peak demand times.

Additional supply is needed three to four months a year (summer time) to meet the demand peaks which occur during each day at specific time frames. For example, every morning between the hours of 6 am and 8 am, and again between 8 pm and 10 pm, the demand on our system can increase up to 160% of peak day average. And because our service area continues to grow, this peak demand is increasing every year. The peaks have an impact on the source of water, treatment, pumping and transmission mains.

Rather than making long term capital investments in these processes, we asked
ourselves if it would be possible to reduce peak demands through customer conservation education and time-of-use billing incentives.

Once we had achieved a situation where demand was regular throughout the year round, the need for additional capital investments would be reduced, and could even be deferred for several years. SWA currently has a tiered rate structure to encourage conservation, and time-of-use billing will be applied during the summer months to help lower the peaks.

Time-of-use rates will give our customers the option to manage their usage at designated times during the day – a win-win situation for both SWA and  the customer. With a little pre-planning and conservation education, our customers will have the ability to use water wisely and save money too.

When we evaluated the two pilot projects, we weren’t surprised to discover that there had been more challenges in the rural area pilot during the installation phase. Here we were dealing with meters that are more difficult to reach (there are no pavements) and a few of them were set in ditches alongside the road, which made transmission a problem. We ended up using a 2 inch antenna attached to the top of one meter box in order to boost transmission from the meters in the ditch to the relay, which is placed on a telephone pole.

After installation had been completed, however, there was no difference between the results in the urban and rural areas. And we had a positive response from our meter readers, who did not have to access the ‘difficult to read’ meters.

¹The word “Xeriscape,” was coined by the Denver Water Department in 1981 to help make water conserving landscaping an easily recognised concept; today it is used throughout the US. The word is a combination of ‘landscape’ and the Greek word ‘xeros’ which means dry. The concept of Xeriscape is based on seven principles: planning & design, limiting turf areas, selecting and zoning plants appropriately, improving the soil, using mulches, irrigating efficiently, and doing appropriate maintenance. 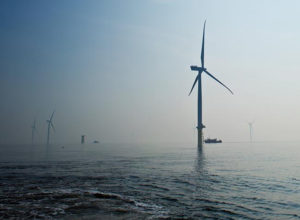