Houston, TX — METERING.COM — 28 November 2008 – The Electric Reliability Council of Texas (ERCOT) has announced that its grid project, known as the nodal system for managing power line congestion has significantly gone over budget and will eventually cost some US$660 million — up from originally estimated cost of US$319 million — with completion delayed from January 2009 until December 2010.

ERCOT ascribe these setbacks to problems with software development.

“We had not planned to announce the new schedule or budget until completion of the commission’s cost-benefit analysis update,” ERCOT Chief Executive Bob Kahn has stated, but commissioners recently said they needed more information as they review two other ERCOT requests related to the project.

The nodal system is meant to give ERCOT more information about congestion in transmission lines and greater flexibility to fix it.

The state is divided into five “congestion management zones.” Each has its own price for wholesale power based on the availability of electricity in the area and the capacity of the lines to move the power. Congestion leads to higher costs as companies have to bypass bottlenecks to get power to users. Those higher costs generally are spread throughout the entire grid.

The nodal system will create about 4000 points, or nodes, each with its own price for power based on power availability and congestion. The nodes likely will be major switching stations or individual power plants.

The system, which is software intensive, will limit the congestion costs to smaller geographical areas and create incentives for power plant operators to invest in projects to relieve congestion.

Steve Madden, senior vice president of wholesale supply for StarTex Power, a Houston-based electric retailer, has expressed concern that the rising costs may not be accepted by Texan consumers. Houston-area customers may already be on the hook to help cover some US$750 million in Hurricane Ike-related damage to the power grid, state-wide customers are being asked to pay up to US$5  billion to build power lines to carry wind-generated power from West Texas to the rest of the state, and plans to roll out so-called smart meters to homes and businesses could cost more than US$1 billion, Madden said. 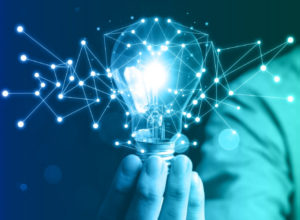