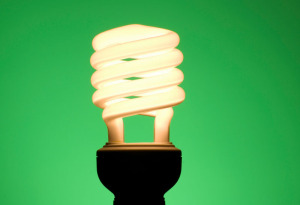 Demand response and energy efficiency are two ways that utilities in the US will see revenues falling by US$48 billion a year by 2025.

European utilities will be hit by losses of €61 billion a year in Europe by 2025 due to the growth of smart energy technology such as electricity storage and distributed energy, according to new research from consultancy Accenture.

In a report ‘Digitally Enabled Grid’, Accenture says the most likely scenario in the next 10 years could lead to revenue losses at the lower end of our scale, US$18 billion a year in the U.S. and €39 billion in Europe, caused by a moderate reduction in load on the grid network,” said Valentin de Miguel, global managing director of Accenture Smart Grid Services.

“This is because adoption of energy efficiency and distributed generation will become possible without subsidies, which will lead to greater market penetration as a result of shifting consumer sentiment, falling technology costs and a moderate rise in electricity prices, especially across Europe.”

Accenture also conducted its second annual survey of global utilities executives and found that perceptions of the impact of these energy demand-disrupting technologies have shifted considerably in the last year.

Utilities executives are notably more concerned about the impact of these technologies on future revenue streams, with 61% saying that they expect significant or moderate revenue reductions as a result of distributed generation, such as solar PV, compared to 43% last year.

Despite popular reports of a looming utilities ‘death spiral’, in which consumers migrate off the grid or use it only as backup, Accenture research shows it to be unlikely and uneconomic for a large number of consumers due to natural limitations on viability and cost constraints.

The vast majority (79%) of utilities executives believe that it won’t be cost-effective for consumers to go off-grid without any subsidies until 2030 or beyond. In addition, by 2035, just 12 percent of customers in North America are expected to become energy self-sufficient, compared to 11 percent in Europe.

“While the ‘death spiral’, as commonly defined, is a myth, the demand disruption caused by the growing adoption of energy demand-disrupting technologies is a very real threat to utilities’ business models,” added de Miguel.

“And in addition to the financial pressure, this will cause significant operational challenges for utilities, increase technical stress on the grid and open the market to new competition for energy products and services.”

Grid faults on the rise?

Nearly two-thirds (61%) of utilities executives expect grid faults to increase by 2020 as a result of low-voltage connected distributed renewable generation – up from 41% last year. More than half (53%) also expect an increase in grid faults from deployments of large-scale renewables – also up from last year (33%).

A significant majority of utilities executives expect continued competition from new entrants in data-related services (92%), distributed generation (87%) and beyond-the-meter energy efficiency and demand response solutions (90%), as well as in a number of new areas, such as plug-in electric vehicles (PEVs) and associated charging infrastructure (81%).

Accenture’s de Miguel said: “In order to navigate through this demand disruption, utilities will need to fundamentally transform their business models, including the creation of distribution system operations services to manage a more complex and distributed grid,” said de Miguel.

He added: “As part of this transformation, they should focus on engaging with regulators to secure the long-term viability of the distribution business.

“This includes the adoption of new tariff structures, opening up new markets and aligning subsidies; investing in grid optimisation, such as automation, sensing devices and real-time analytics; and developing new customer products and services.”