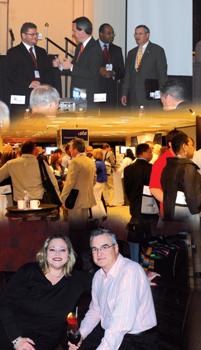 You have certainly observed that Smart Energy International magazine gets better, thicker, glossier, and more informative with every issue. Sure, part of this is due to the inspired work of the people who create and publish this magazine, who advertise in it, who write for it and who read it. But let’s not lull ourselves into some self congratulatory delusion.

There are two factors I haven’t mentioned that are at work here too, and they are interrelated. Luck is one of them. Yes, plain dumb luck. You and I and all of our colleagues who are in some aspect of the business of metering are incredibly lucky to be in this field at this point in time. The other related factor is that we are at the right place and at the right time. And if you are in the metering field now, you are fortunate to be part of it.

It wasn’t always this way. Many of us have wistfully spent years working and hopefully awaiting the arrival of the inflection point in the “hockey stick curve”, that ever elusive point at which utility commitments to advanced metering and meter data acquisition would finally “take off.” For years that point always seemed to be just around the corner. It was always next month or next year, not now. We have turned the corner. It is now, and the future is very bright!

My company, Plexus Research Inc., became part of the respected utility consulting firm, R.W. Beck in 2007. The Plexus and Beck teams are “up to our eyebrows” in metering, AMI and smart grid utility consulting applications. In fact, every leading vendor of hardware, software and services, and every highly qualified consultant in this business is very, very busy. We are each fortunate! It is a good time to be in this business.

Looking back, I spent the first twenty years of my career as an engineer, working with vendors of metering and automation for utilities, and the next twenty years working as a consultant to utilities to make the most suitable choices among suppliers and technologies. Most of these 40 years have been in metering, AMR, AMI and related control and data applications. In reality, only in the last five to ten years was it clearly evident that the elusive right time and right place had finally arrived! What made that happen? Was it one thing, or many?

Everything changed in the wake of the Arab oil embargo of 1973. In the US, five companies began slugging it out to develop two-way, fixed network remote automatic metering systems based on power line communications. These were GE, Westinghouse (now Elster), American Science & Engineering – under contract to GPU – Rockwell, and Arthur D. Little – under development contract to New England Electric (now the ESCO-Aclara TWACS system.) Separately, several telephone systems were offered, but with limited success for mainstream metering by now long-gone suppliers. Several mostly unsuccessful ventures using UHFRF were attempted. It wasn’t until the 1980s when low power, unlicensed spread spectrum became available, and ENSCAN developed a low cost mobile AMR product (the ERT module), later licensed by Schlumberger and finally acquired by Itron. 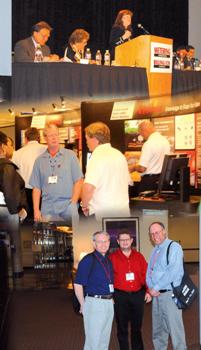 Other important developments continued in the 1980s, including the first commercial availability of microprocessors in the early 1980s, the declining cost of solid state memory (and look where we are today!), and large scale integration of electronic components. In the 1990s we saw the early stages of transition to solid state metering, the advent of “mesh” radio, and increasing functionality combined with ever declining costs. Since we entered the new millennium, new suppliers have entered the metering and AMI business, bringing fresh ideas, lower costs and new technologies. New metering capabilities proliferate. The formerly separate service switch is now integral with the meter. New power quality monitoring capabilities exist in residential metering. If desired, customer communications gateways can now be embedded in the meter to support home area networks. So the definition of a smart meter is constantly changing, as features are added that formerly were formerly were external to the meter.

Is the pace now slowing? Have we now arrived, technologically speaking? Not a chance! In fact, the pace is picking up! Newer and more exciting challenges are presented daily. As metering experts, each of us now responds to even more urgent calls to action. The planet itself is now demanding our attention. Metering-based alternatives promise relief through demand response. Consumers will make more informed choices concerning energy and water use that are also more consistent with the needs of the environment and the stipulations of government. Regulators at all levels have heard these messages. Regulators and legislators are now, in many cases, the driving factor toward smarter metering.

Advocates of the smart grid universally agree that an AMI system must be one cornerstone and a common element of a smarter grid, even though other elements of the smart grid vision may vary widely between utilities. The future demands that a smart grid be called upon to do much more, and do it more reliably. That smarter grid must be made more robust and must be geographically extended to transport variable alternative energy sources such as wind and solar energy from their most fertile locations. It must support plug-in electric vehicles. It must create options and better choices for how we use energy. It must make the consumer more a part of the energy equation than ever before. Metering, and the broader use of the information it provides, is absolutely central to this vision.

No, the pace is certainly not slowing, it’s accelerating. You are in the right place at the right time. Welcome aboard. Make the most of it!