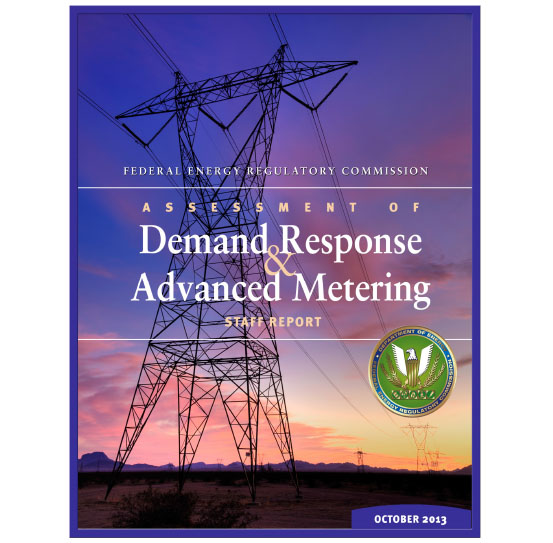 The penetration of advanced meters in the United States was nearly 25 percent in late 2011/early 2012, up from approximately 9 percent in 2009, according to the Federal Energy Regulatory Commission’s (FERC) latest annual assessment of Demand Response and Advanced Metering.

The report also finds that since 2009, demand response potential in organized markets operated by the Regional Transmission Organizations (RTOs), Independent System Operators (ISOs), and Electric Reliability Council of Texas (ERCOT) increased by more than 4.1 percent. Notably also, demand response resources made significant contributions to balancing supply and demand during system emergencies for several RTOs and ISOs in the summer of 2013.

This eighth report, which (as an even numbered one) is based primarily on a survey of published material, states that federal, state and local governmental entities as well as industry stakeholders continue to develop policies and infrastructure to facilitate deployment of advanced metering and address issues concerning its use. Among these the Smart Grid Investment Grant projects, which are expected to install 15.5 million advanced meters, are expected to reach completion between 2013 and 2014.

Industry has worked with the National Institute of Standards and Technology (NIST), DOE, state public utility commissions, and organizations such as the North American Energy Standards Board (NAESB) to standardize the types and format of data made available from advanced meters and to use that information to develop new customer services and products. An example is Green Button. As of May 2013, 27 utilities with operations in 17 states and the District of Columbia had voluntarily committed to participate in the program, and an additional seven utilities have activated programs that allow their customers to securely download their usage data using Green Button.

There has also been continued work by policy makers and industry through NIST and other forums to develop data privacy policies and procedures.

Key outstanding barriers to customer participation in demand response include: