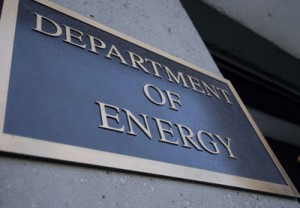 The US Department of Energy is set to release this month a final draft of a voluntary code of conduct including privacy recommendations for smart meter data.

Industry figures, however, are concerned that the value of the data could disrupt the business model of energy utilities.

In an interview with US political magazine Politico, Miles Keogh, director of grants and research at the National Association of Regulatory Utility Commissioners, said: “I think the data is going to be worth a lot more than the commodity that’s being consumed to generate the data.

“When you become a company whose most valuable asset is not the kilowatt-hours but the data, that fundamentally changes what kind of company you are.”

Keogh said aggregated data allows utilities to get around the consumer consent principal of the draft code, and this information he predicts will be the most valuable for third-party companies.

Consumer market analysts don’t care “whether I am washing my dishes at 4 in the afternoon or 5 in the afternoon,” he said. But they do care about regional patterns formed by that individual usage.

Utilities might find it a “lucrative business line for them to do the synthesis of the data, and then provide it to third parties,” he suggested.

And even if the utility doesn’t do this themselves, the code of conduct gives consumers the right to give up their own data, potentially in exchange for free services from a third-party company.

However, opponents of this view believe that the value of smart meter consumption data is overblown.

Richard Caperton, director of national policy and partnerships at Opower, said: “It’s … speculative to assume that the data will be incredibly valuable.”

The Department of Energy released the set of voluntary practices in September 2014 for comment from the smart grid industry.

Speaking on the need for the code of conduct, Eric Lightner, director of the Federal Smart Grid Task Force at the Department of Energy, said: “Almost two years ago now, we said we should probably facilitate something among the industry that addresses the privacy concerns around this area before it really becomes an issue, before there’s really a lot of demand for that data.”

Mr Lightner told Politico he expects publication of the final draft in January.