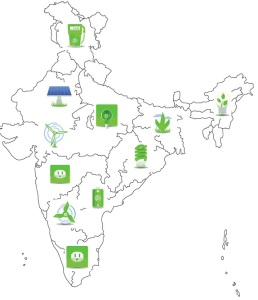 The US smart grid sector is eyeing opportunity in India by sponsoring a series of workshops for major utilities from the South Asian country.

The US Trade and Development Agency (USTDA) is backing two India Smart Grid Workshops in a bid to open doors for US companies to take part in planned electrical system reform and expansion.

Henry Steingass, regional director for South and Southeast Asia at USTDA, said there is great potential for US companies that provide grid modernization and load reduction technologies to partner with Indian utilities as the country looks to develop 100 smart cities.

The first workshop will take place on December 9, 2014 in San Francisco, California, with a follow-on workshop on March 2, 2015 in Bangalore, India.

The workshop series is a chance to hear “first-hand of the procurement and partnership opportunities that exist in the smart grid market in India”, said USTDA in a statement.

The workshops and associated site visits will assist Indian utilities to address their growing power needs through a better understanding of US grid modernization, demand side management, and renewable energy integration technologies, as well as the policies, best practices and financing mechanisms to support project deployment.

India’s energy on US agenda

In 2010 USTDA launched the US-India Energy Cooperation Program that aims to promote commercial projects that support the sustainable development of India’s energy sector.

The ECP was launched in 2010 as a public-private partnership of member companies and the governments of the U.S. and India.

Under the ECP, exchanges in solar power, smart grid and unconventional gas development and best practices have already taken place.

In 2013, India published a Smart Grid Vision and Roadmap with the aim of planning how to meet forecast demand of 900GW by 2032.