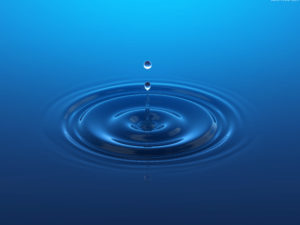 More half of global utility executives questioned by Itron for the company’s 2015 Resourcefulness Index believe the industry is not running efficiently, with 21% saying the state of the infrastructure will be worse in five years.

This is one finding from the metering giant’s second annual Itron Resourcefulness Index, a global survey of energy and water utilities as well as informed consumers in in key world markets.

One of the key points raised in the study by the respondents was that the industry must continue to invest in infrastructure in order to modernize, with 83% citing this as a priority.

However, when asked what barriers there are to infrastructure transformation, as with last year, utility executives and consumers agree that new or potentially new government regulations are a concern.

And interestingly, there was also a significant increase in obstacles that are less frequently cited such as a lack of private funding as a restriction to infrastructure investment, rising 17% from last year’s index, and the need for more time up 14%.

When it comes to technology and software as tools to transformation, nearly one-third of utility executives said business intelligence and analytics would be at the top of their investment wish list.

Consumer education and conservation programs were at the bottom of the investment priority list despite these two areas being seen as crucial to reducing overall consumption.

This year to reflect a broader assessment of the relationship between resourcefulness and economic competitiveness, Itron compiled macroeconomic data from third-party sources such as the World Bank, World Economic Forum and Global Water Intelligence, to create two new indices—the Energy and Water Resourcefulness as part of the 2015 Itron Resourcefulness Index.

In both indices, the findings show the top five performing countries achieving high levels of resourcefulness, which is defined as the ability to effectively manage the delivery and use of gas, water and electricity.