The team is currently developing plans for a proposed power distribution system that will include privately owned energy sources in a decentralized and bidirectional power grid. The researchers will use real-time, data-driven modeling to carefully observe and control the multiple energy sources.

Reinforcing the US power grid

The university explained that by using multiple energy sources, the researchers also are working to improve the management of power outages, which would restore power to
critical areas faster and more efficiently than traditional outage management would. Instead of relying on unhappy customers to call about an outage, the researchers’ real-time data will automatically detect and pinpoint the problem.

Liu said, “When the power goes out we are at the mercy of nature and the power company.

“During power outages with a traditional outage management system, there is only plan A. But with our system including all of these energy sources, we will have plan B, plan C, and that increases the resiliency of the grid.”

WSU added that with the ability to detect the fault and use multiple energy sources, the new system will be able to effectively provide power in critical areas through a variety of pathways.

“Because of the complexity and flexibility of the new grid, our system will need to be able to identify the switching actions between sources and pathways and have them controlled, because the power is no longer coming from the power company. It is coming from the various energy sources,” said Dubey.

The researchers will conduct initial testing on their system in simulations in WSU’s smart grid testing laboratory. By the end of the project, they plan to scale up and test the system with actual scenarios from a real power system. 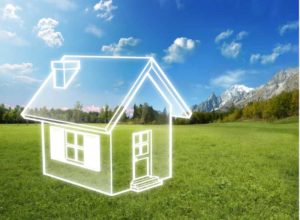