Lightsource, the solar energy subsidiary of oil and gas major BP, is looking to deploy approximately 10GW in new solar capacity by 2023, matched by an investment of up to $8billion over the period.

That’s the word from BP CEO Nick Boyle. "The target is 10GW by 2023,” Nick Boyle told The National in an interview in Abu Dhabi, noting that between $7 and $8 billion would be required, to be raised, he said, from "a mixture of debt and equity”, with the caution that costs could fluctuate over the coming period.

BP acquired a 43% stake of Lightsource in 2017, and the solar developer is currently the largest in Europe, and the third-largest globally, outside of China.

BP is not alone in making strides into renewable energy and joins other fossil-fuel majors as they follow the current financial narrative away from fossil fuels and hydrocarbons, to clean, sustainable energy.

Multinational oil and gas giants such as Shell and Total also investing heavily in the future of renewables globally.

Shell has built up a considerable portion of the market in both renewable energy provision, as well as electric vehicle charging infrastructure in the UK, whilst Total CEO Patrick Pouyanne revealed the company’s aspirations in European offshore wind, and has just signed an agreement with Chinese clean energy company Envision, to develop solar-powered distributed energy resources (DERs) in China.

Not to be outdone, BP has recently signed an agreement with China-based multi-modal transportation platform DiDi to jointly build electric vehicle charging infrastructure in China.

Lightsource has a current installed capacity of 2GW in renewables globally, based for the most part in Europe, although the company has expanded its interests to Brazil, India as well as Egypt, where BP is the largest international investor. Lightsource has partnered with Egyptian construction conglomerate Hassam Allam to work on solar projects. Egypt, considered to be one of the top-two most developed economies on the African continent, and the most populous Arab country, has a growing demand for renewable energy, and the Egyptian government has a mandated plan to add 3.5GW of solar energy to the grid by 2027.

The country is developing large-scale solar parks, including the 1.9GW scheme in Benban, said to be the largest in the world when completed this year, and Egypt-based multinational energy solutions giant Elsewedy Electric, in a joint venture with EDF Renewables, has brought its two new solar plants in the country into full operation.

Lightsource has a couple of 100MW projects in the pipeline in Egypt, said Mr Boyle.

"Egypt is an interesting market, it’s a very sunny country, electricity prices are rising, and it’s a market where there are large bankable parties that are willing to enter into long term power purchasing agreements and that’s very much the area that we’re focusing at the moment,” he said.

Mr Boyle noted that whilst the Middle East market is attractive, the company will be monitoring market conditions, particularly with regard to renewable tenders in Saudi Arabia.

The world’s largest oil exporter has been adding more clean energy to its grid, as it looks to free up local oil consumption for export.

Saudi Arabia is looking to add up to 40GW of capacity in photovoltaic solar, with a further 3.2GW in concentrated solar before 2030. The aggressive pricing of local players is challenging, but the company is looking at other potential sectors, such as energy efficiency, to gain market share.

The company has also seen the value in investing in South America, with the recent acquisition of a Brazilian company with 1.9GW of capacity, and, according to The National, Australia has also caught the interest of Lightsource as a significant growth market.

Noting efforts in China to transition to green energy, and power down coal-fired energy, replacing some of the capacity with solar and gas-fired electricity, Mr. Boyle noted the country’s prominence on BP’s agenda.

“We would be very interested in finding ways to move in in volume. China we could do on our own but it could be one of the markets where we would look to [joint venture],” said Mr Boyle. 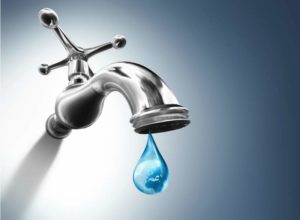