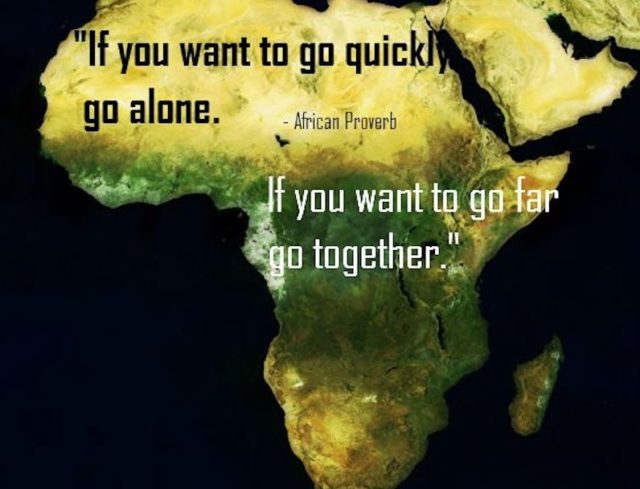 Speaking at the launch, Prof Anton Eberhard, Emeritus Professor and Director of the Power Future Lab at the UCT GSB spoke of the opportunity a programme such as this provided for both student and facilitators, commenting that this was “an ambitious programme.”

During the launch, the CEO of the Nelson Mandela Foundation, Sello Hatang, announced a new collaboration with the Open Africa Power programme and the launch of the “Nelson Mandela Foundation OAP Prize.” The prize will be granted annually from 2020 onwards by both institutions to the best student of each edition of the programme, based not only on academic merits but also on the student’s social commitments to giving back to the community.

The “Nelson Mandela Foundation OAP Prize” will further highlight this commitment and the first recipient of the distinction will be announced on Mandela Day, celebrated every year on 18 July.

Want access to news from around the globe?
Subscribe to the Smart Energy International newsletter
for your daily smart energy update.

The excitement from the students was palpable. Coming from as far as Benin and Nigeria in West Africa, Kenya, Zimbabwe and South Africa, these students were challenged by Carlo Papa, Head of the ENEL Foundation, to consider themselves ambassadors for their countries, a sentiment echoed by Joao Cunha, head of renewable energy for the African Development Bank, who said that Africa is well-positioned to lead the way in the renewables revolution.

It was particularly heartening to see that two of the student participants from the 2019 African Utility Week Initiate! programme were part of the 2020 Open Africa Power cohort.

Hatang, who is an Archibishop Tutu Fellow, spoke privately of the importance of the continental footprint of such a programme, and the opportunities for collaboration between so many students from so many nations.

Personally, I believe that this is one of the most powerful elements of the Open Africa Power programme. Not just the opportunity to learn from some of the brightest minds within the power sector, but to form networks and partnerships that extend across the continent.

We look forward to seeing that the 2020 alumni of the Open Africa Power programme can achieve together.

Webinar 8 April: Grid resilience: Lessons from India, the US and...