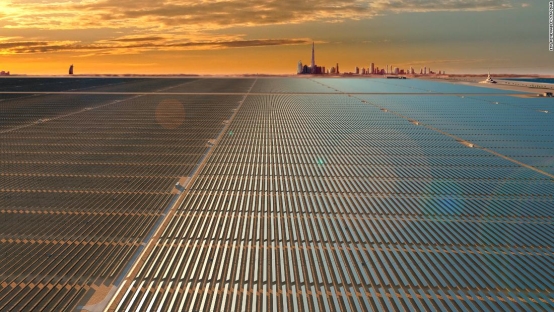 Shanghai Electric Group is working with ACWA Power of Saudi Arabia, responsible for the engineering, procurement and construction (EPC) for the project. They are working on delivering the fifth phase project of the Mohammed Bin Rashid Al Maktoum Solar Park in Dubai, with a capacity of 900MW.

The Solar Park project is the largest single-site solar power plant in the Middle East and comprises both photovoltaic and concentrated solar power technologies. It will have an installed capacity of around 5GW once complete.

The companies are cooperating on a 700MW concentrated solar power (CSP) project and the 250MW PV solar power project. These elements make up the fourth phase of the solar park.

The Mohammed Bin Rashid Al Maktoum Solar Park will be a key pillar in fulfilling the Dubai Clean Energy Strategy 2050 to increase the share of clean energy in Dubai’s total power output to 75% by 2050.

The project is financed through a Public-Private Partnership (PPP) model.

Speaking at the ceremony, Zheng said that the contract signing of 900MW Solar Park project is another milestone along the journey of the pair’s cooperation. The companies have been working together since 2008.

“As we move swiftly forward with implementation, the signing of the EPC contract between ACWA Power and Shanghai Electric for the fifth phase of the Solar Park project represents a crucial milestone of the cooperation between the two companies,” said Abunayyan.