After no less than 5 turbines collapses in both North and South America in 2019 left many in the wind energy industry scratching their heads, a top GE engineer, who has led the company’s investigations into the incidents, has shared findings, noting that in the case of the first four turbine collapses, several factors were to blame, rather than “a single systemic issue”.

Ed Hall, engineering leader, onshore wind, at GE Renewable Energy told Recharge News that three collapses in the US, and two in Brazil resulted in the mobilisation of more than 100 people, and expertise from throughout the GE group.

Whilst the latest incident in Brazil on 3 September is still under investigation, Hall shared findings for the first four turbine collapses, the earliest of which took place at the Casa Mesa Wind Energy Centre in eastern New Mexico, which had been in operation for less than six months.

Investigations have suggested two separate types of failure, either in the turbine blade, or the control system.

“Two of the incidents involved blades coming apart during the operation of the turbine in high wind speeds, but resulting from different contributing factors,” said Hall.

“The other two incidents of the first four appear to be related to how our control systems responded to a sequence of events in the field.

“It does not appear that a single, systemic issue that affects the whole fleet is at play here. We’ve got separate areas that we need to investigate and resolve.”

Hall confirmed that high wind speeds were experienced at the majority of the five sites just prior to several of the collapses.

“That is correct. The reason [high winds] are important is that the higher the wind the more energy content is available in the operation of the machine. Just having that high energy content increases the potential for something to happen.” Hall told the news site.

The investigations led Hall and his colleagues to consult with experts in GE’s Power, Aviation and Research subsidiaries.

Hall said: “It’s not unknown for these types of incidents to happen in the industry. The industry overall documents around 90 incidents since 2011.”

But he added: “It is unusual for us to see five in a relatively short time.”

According to Hall, the company’s responses to the issues uncovered by the investigation, which range from blade inspections to supplier checks, software changes and technical communications, have been carried out in such a way as to minimise impact on GE’s operating fleet and personnel.

“I don’t believe there is a customer impact to production.” he said.

GE has deployed a monitoring analytic solution to help predict failures before they occur.

“That analytic is now in place at over 150 wind farms, we will continue to propagate that worldwide,” said Hall, adding that investigations “are ongoing and will not be closed until we are satisfied solutions are fully identified and implemented”.

“The industry can count on us to bring all our resources to bear to investigate and ultimately resolve these issues,” said Hall. 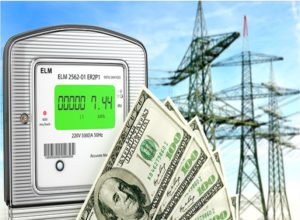